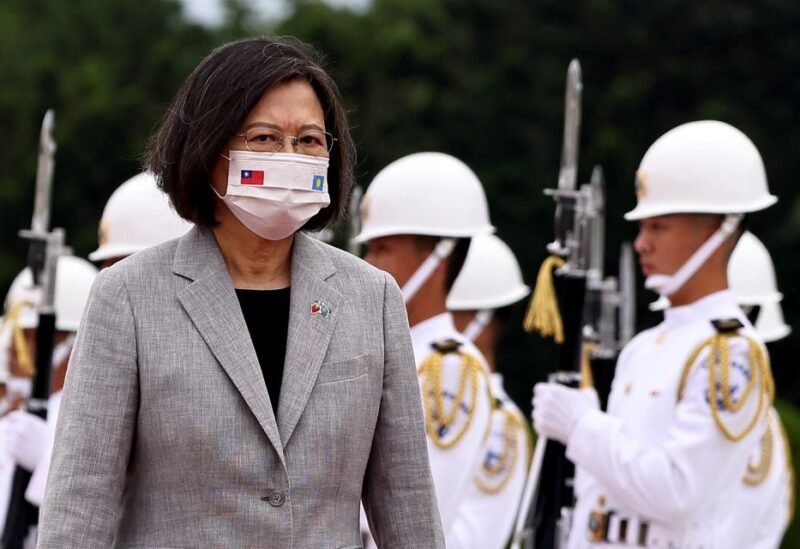 In a significant address on Monday, Taiwan President Tsai Ing-wen will promise to strengthen the island’s military capacity and resolve to reinforce its defenses, at a time when tensions with China have grown considerably.

Democratic Taiwan, claimed by China as its own territory, has come under increasing military and political pressure from Beijing, especially after Chinese war games in early August following a Taipei visit by U.S. House Speaker Nancy Pelosi.

According to an outline of her national day speech on Monday, as described to Reuters by a source briefed on its contents, Tsai will talk about “enhancing national defence combat power and uniting the morale of the people”.

“In addition to reaffirming Taiwan’s determination to augment its self-defence and its position on maintaining regional peace and stability, the president will also elaborate on efforts to strengthen national defence combat power and resilience,” the source said.

Tsai is overseeing a military modernisation programme and boosting defence spending as China presses its sovereignty claims against Taiwan.

In her speech, outside the presidential office in central Taipei, where there will also be a military parade, Tsai will emphasize that “democratic resilience” is the key to protecting Taiwan, the source said.

That includes continuing to deepen international cooperation and “closely connecting” democratic allies, the president will say.

China has pledged to work for peaceful “reunification” with Taiwan under a “one country, two systems” model.

All mainstream Taiwanese political parties have rejected that proposal and it has almost no public support, according to opinion polls. China has also never renounced the use of force to bring Taiwan under its control.

China refuses to speak to Tsai, re-elected by a landslide in 2020 on a promise to stand up to Beijing, believing she is a separatist. Tsai has repeatedly offered talks based on equality and mutual respect.

She has made strengthening Taiwan’s defences a cornerstone of her administration to enable it to mount a more credible deterrence to China, which is ramping up an ambitious modernisation programme of its own military.