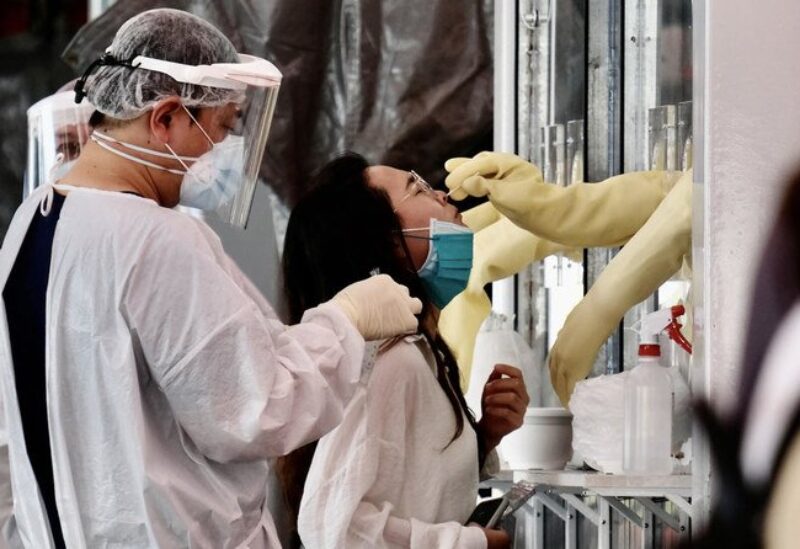 Taiwan is tightening its control on the southern part of the island, where a first domestically transmitted case of the highly contagious Delta variant of the coronavirus was recorded today, Saturday.

Taiwan is battling a cluster of domestic infections, almost all of them due to the previously globally dominant Alpha variant, though numbers are steadying and the outbreak has been comparatively small.
Six people in Pingtung county had been confirmed to have the Delta variant, including two who returned this month from Peru, where they are suspected of bringing the infection from, said Health Minister Chen Shih-chung.
One of them has been classified as a domestic infection, rather than within the family who arrived from Peru.
The government is carrying out mass testing in the area where the cases were reported, quarantining all suspected contacts. It has ordered supermarkets, restaurants and wet markets closed for three days, Chen said.
“Now it has entered the community, and we are proactively working to contain it,” he said.
Taiwan had previously reported five cases, all imported, of the Delta variant, which was first detected in India.
From Sunday, the government will tighten border controls to keep out the variant, requiring arrivals from five countries, including Britain, to be placed in centralized quarantine facilities.
The Delta variant now comprises 96 percent of sequenced cases in Britain.
The broader picture of Taiwan’s COVID-19 outbreak continues to improve, with Chen announcing 78 new cases, up only slightly from 76 the previous day, though controls on gatherings and public events remain in place.
Taiwan’s tally of infections stands at 14,545 since the pandemic began, including 623 deaths.