Taiwan says hopes world would sanction China if it invades 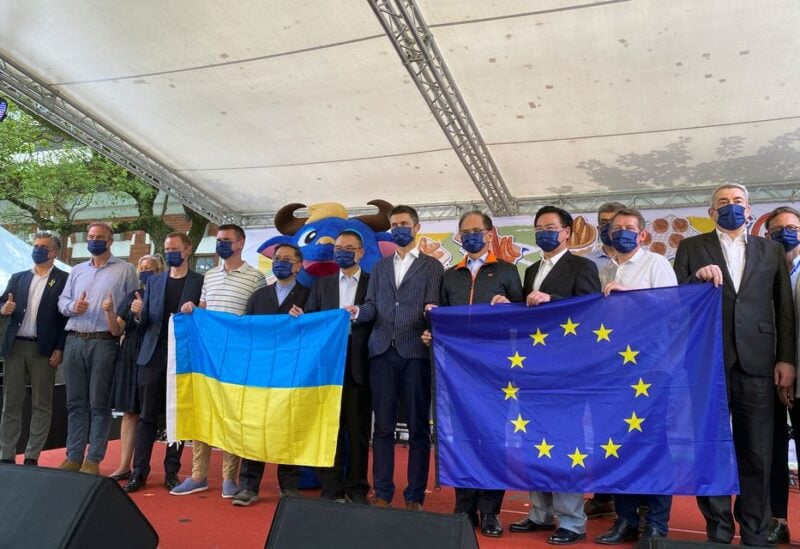 Taiwanese Foreign Minister Joseph Wu warned on Saturday that if Beijing invaded the island, the world would censure China as it does Russia for its conflict in Ukraine.

Taiwan has joined Western-led sanctions against Russia for its invasion of Ukraine, and Belarus was added to the list on Friday.

Given Taiwan’s low levels of direct trade with Belarus or Russia, the steps are mostly symbolic.

But Ukraine’s plight has won broad public sympathy in Taiwan due to what many people view as the parallels between what is happening in the European country and what could happen if China ever uses force to bring the island it claims as its own under Chinese control.

Speaking to reporters in Taipei at an event to mark the founding of what would become the European Union, Wu said it was important to stand with others in denouncing the invasion and sanctioning both Russia and Belarus.

“In the future, if we are threatened with force by China, or are invaded, of course we hope the international community can understand and support Taiwan, and sanction these kinds of aggressive behaviours,” he added.

“So Taiwan stands with the international community, and takes these actions,” Wu said, referring to the sanctions.

Taiwan has raised its alert level since the Ukraine war began, wary of China making a similar move, though the government in Taipei has reported no signs of an imminent Chinese attack.

China, which has not condemned Russia’s invasion, has dismissed any comparisons with Taiwan, saying it is not a country and merely a Chinese province, a view the democratically-elected government in Taipei strongly disputes.

“We hope Ukraine will definitely be victorious, and stand firm to the end to victory.”

How the world would react to a Chinese invasion of Taiwan is unclear, given that most countries, including the United States and all EU member states only have formal diplomatic ties with Beijing, not Taipei, and unlike Ukraine do not recognise Taiwan as a country.