Taiwan thanks U.S. for maintaining security in Taiwan Strait 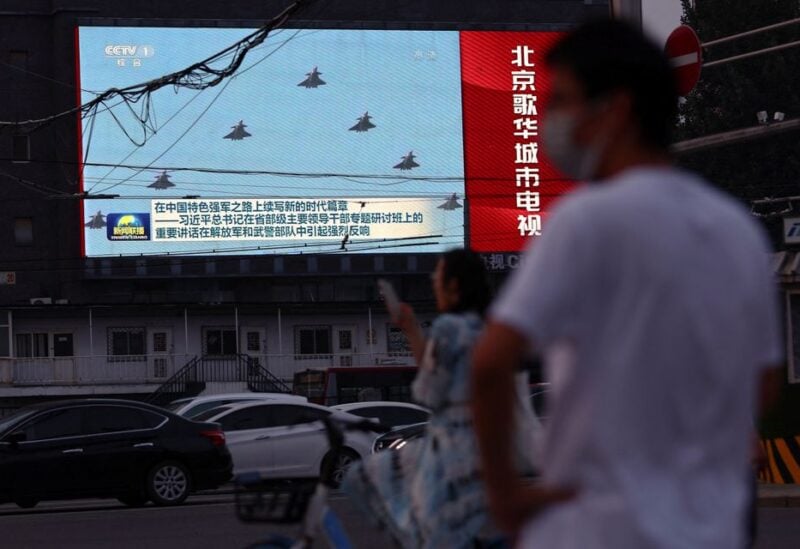 Pedestrians wait at an intersection near a screen showing footage of Chinese People's Liberation Army (PLA) aircraft during an evening news programme, in Beijing, China August 2, 2022

Taiwan’s foreign ministry extended “sincere appreciation” to the US for taking “concrete efforts” to protect security and peace in the Taiwan Strait and the region on Saturday.

Kurt Campbell, the United States’ Indo-Pacific coordinator, said on Friday that China “overreacted” to US House of Representatives Speaker Nancy Pelosi’s visit to Taiwan, which triggered days of war drills by Beijing near the island, which China considers its own territory.

In a statement issued on Saturday, Taiwan’s foreign ministry stated that China’s “unprovoked military and economic intimidation” had “further enhanced the solidarity and resilience of the worldwide democratic camp.”

Tsai stated at a rally in southern Taiwan on Saturday for local elections due for late November that they were not just confronting opposing candidates, but also “pressure from China.”

China’s military operations near Taiwan is continuing, but on a far lower scale than last week.

According to Taiwan’s Defense Ministry, 13 Chinese air force jets crossed the Taiwan Strait’s median line on Saturday, which serves as an unofficial barrier between the two sides in normal times.

Taiwan’s government claims that because the People’s Republic of China has never controlled the island, it has no authority to claim it or decide its destiny, which can only be decided by the people of Taiwan.

China has never renounced the use of force to bring democratically governed Taiwan under its control.