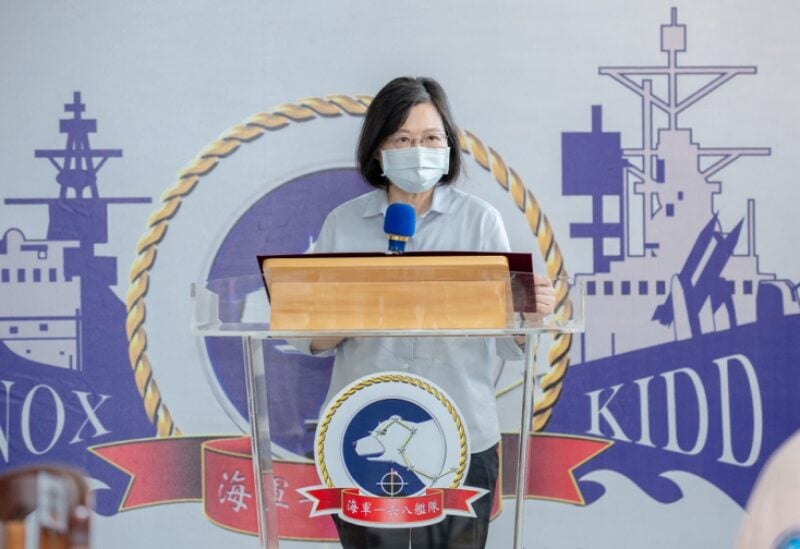 Taiwan's President Tsai Ing-wen delivers a speech during her visit to a naval base in Suao, Yilan, Taiwan in this handout picture released on August 18, 2022. Taiwan Presidential Office/Handout via REUTERS ATTENTION EDITORS - THIS IMAGE WAS PROVIDED BY A THIRD PARTY. NO RESALES. NO ARCHIVES.

Drawing parallels with the Russia-Ukraine conflict, Taiwanese President Tsai Ing-Wen warned China in her national speech that Taiwan would never give up its freedom and democratic way of life.

Recently, the world’s richest man, Elon Musk, during an interview with the Financial Times, shared his views on how to resolve issues between Taiwan and China. He said, “My recommendation . . . would be to figure out a special administrative zone for Taiwan that is reasonably palatable, probably won’t make everyone happy,” the Hindustan Times reported.

However, Musk’s suggestion was praised by China’s ambassador to the US, Qin Gang, who thanked him. It was highly criticised by Taiwan’s ambassador to Washington, Hsiao Bi-Khim, who took it to Twitter and posted, “Any lasting proposal for our future must be determined peacefully, free from coercion, and respectful of the democratic wishes of the people of Taiwan.” She further said that Taiwan’s democracy and freedom are not for sale.

Taiwan-China international conflict has been escalating day by day, especially after US Speaker of House Representative Nancy Pelosi ‘s visit to the island nation, which triggered China to conduct military drills in the month of August.

However, the Taiwanese president has claimed that becoming part of China is not acceptable to the people of China. Tsia said, “During the past 73 years, the people of Taiwan have lived and grown together on this land, and have formed our own strong sense of identity and belonging.”

She further added, “In addition, we are working to acquire various small, highly mobile precision weapons that will help us develop comprehensive asymmetric warfare capabilities, ensuring that Taiwan is fully prepared to respond to external military threats,” AFP reported.

Taiwan is hoping to adopt Ukraine’s strategy of training and mobilising its citizens to work with the military. Tsia said, “Every citizen is a guardian of our nation.”

The 23-million nation has been under constant invasion threat from China. Beijing has always claimed Taiwan as part of its province.