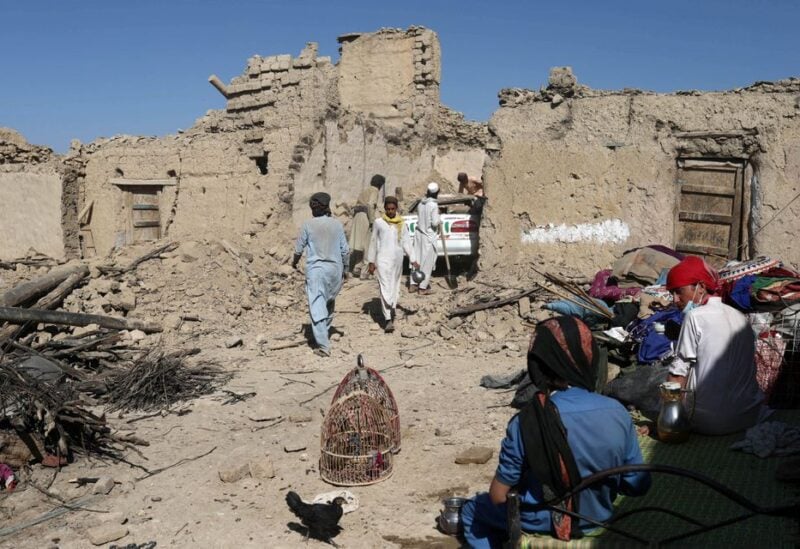 Afghan men try to retrieve a car from the debris of damaged houses after the recent earthquake in Wor Kali village in the Barmal district of Paktika province, Afghanistan, June 25, 2022. REUTERS/Ali Khara

The Taliban government of Afghanistan made a request for more foreign aid on Saturday, and crucial medical supplies began to arrive at hospitals in the remote region of the country that was struck by the earthquake that killed more than 1,000 people last week.

After Wednesday’s 6.1-magnitude earthquake, which also left nearly 2,000 people injured and 10,000 homes damaged or destroyed, authorities have halted their search for survivors in the hilly southeast region close to the Pakistani border.

Aftershocks on Friday killed at least five more people in the area some 160 km (100 miles) southeast of the capital, Kabul, and medical staff said rudimentary healthcare facilities were hampering their efforts to help the injured.

“Those injured that were in a bad condition and needed operations, (which) we can’t do here, have been sent to Kabul,” said Abrar, who goes by one name, the manager of a hospital in Paktika, the worst-affected province.

The disaster is a major test for Afghanistan’s hardline Taliban rulers, who have been shunned by many foreign governments since they seized control of the country last year due to concerns about human rights.

Afghanistan has been cut off from much direct international assistance because of Western sanctions, deepening a humanitarian crisis in swathes of the country even before this week’s earthquake.

The United Nations and several other countries have rushed aid to the affected areas, with more due to arrive over the coming days, and the Taliban appealed on Saturday for further aid shipments to help quake victims.

“We call on all humanitarian organizations to help the people,” said Mohammad Amen Hozifa, a spokesperson for the Paktika provincial government.

China’s Foreign Ministry said on Saturday the nation would provide humanitarian aid worth 50 million yuan ($7.5 million) to Afghanistan including tents, towels, beds and other materials to help those affected by the earthquake.