Taliban bids farewell to US with warning to ‘occupiers’ 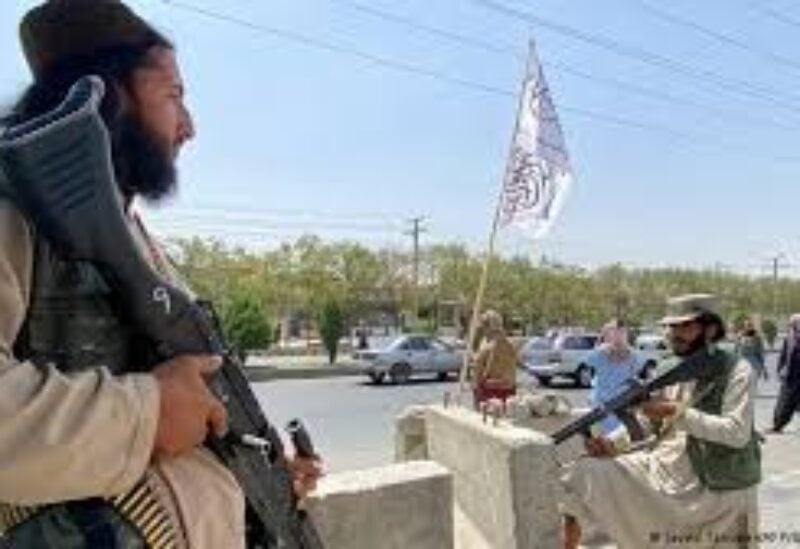 Shortly after the last American troops were flown out of Afghanistan, Taliban’s spokesman said from Kabul airport, Tuesday, that the Taliban will seek good relations with the US.

Carrying his rifle by his side, Maj Gen Chris Donahue, commander of the 82nd Airborne Division,became the last US soldier to board the final flight out of Afghanistan a minute before midnight on Monday, ending the country’s 20-year presence.

On Tuesday Morning, top Taliban officials walked across the tarmac of Kabul’s Hamid Karzai International Airport, the last part of Afghanistan held by the US, to mark their return to power.

“We can’t control our emotions,” Bilal Karimi, a member of the Taliban’s Cultural Commission, said by phone from the airport.

“We have defeated the world’s most powerful country and gained our independence.”

Taliban spokesman Zabihullah Mujahid addressed a crowd of journalists from the site of a chaotic scramble to transport tens of thousands of foreign citizens and Afghan allies out of the country before the August 31 deadline for US troops to depart.

Mujahid struck a conciliatory tone towards the departing US but warned others to take note of what has happened in Afghanistan.

“The Islamic Emirate [Afghanistan] wants a good and diplomatic relationship with the Americans,” he said.

“We highlight to every occupier that whoever sees Afghanistan with an evil eye will face the same fate as the Americans have faced.

“We’ve never given up to pressure or force and our nation has always sought freedom.”

The US invaded Afghanistan in the wake of the September 11, 2001 attacks to crush Al Qaeda and prevent Afghanistan from being used as another launch pad for further attacks on the West.

While the US succeeded in quickly driving the Taliban from power, it never halted the bloody insurgency that the group continued to waged for two decades against foreign soldiers and the new Afghan government supported by the international community.

There have been at least 3,502 international soldiers killed in Afghanistan since 2001, at least 66,000 Afghan soldiers and security service personnel, and at least 44,245 civilians. Seventy-two journalists have died, and so have at least 444 aid workers.

At least 51,000 Taliban and other opposition fighters have also been killed.