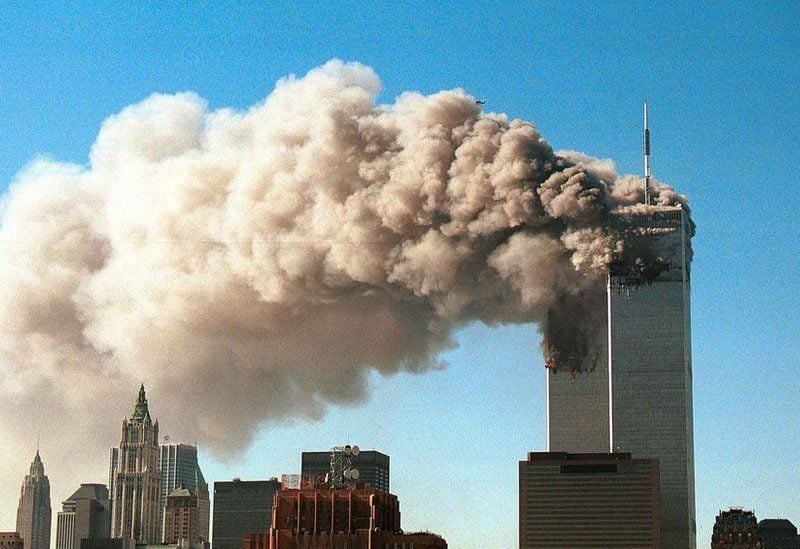 The United States and its NATO allies invaded Afghanistan in late 2001, after the Taliban refused to extradite Osama bin Laden, leader of the al-Qaeda terrorist group, who was suspected of masterminding the 11 September 2001 terrorist attacks in New York, Washington, DC and Pennsylvania.

As the 20th anniversary of 9/11, the deadliest terrorist attacks in US history, approaches, the Taliban maintains that the US has yet to offer the group proof that Osama bin Laden was involved in or responsible for the acts of terror.

“When Osama bin Laden became an issue for the Americans, he was in Afghanistan. Although there was no proof he was involved, now we have given promises that Afghan soil won’t be used against anyone,” Taliban spokesman Zabihullah Mujahid told NBC News on Wednesday.
Pressed by his interviewer on whether he really believed that bin Laden wasn’t involved in 9/11, Mujahid said that “there is no evidence” to support this.

“Even after 20 years of war, we have no proof he was involved. There was no justification for this war. It was an excuse for war,” he stressed.

Mujahid’s comments come in the wake of the Taliban’s blitz campaign to overrun Afghanistan and topple its US and NATO-backed government.

Pretext for US Invasion of Afghanistan

The United States began its intervention in Afghanistan in October 2001, several weeks after the 9/11 terror attacks on the Twin Towers in New York, the Pentagon in Washington, DC, and an airliner which fell over Pennsylvania on route to attack the White House. The Bush administration accused bin Laden of masterminding the attacks, and demanded that the Taliban hand him over to US jurisdiction. The Taliban refused, citing what they said was a lack of evidence of his involvement in the acts of terrorism.

Bin Laden himself, who was once an ally of the US in its war in Afghanistan against the Soviet-backed government in the 1980s, also initially denied involvement in 9/11, and only began taking credit in videos released starting in 2004 onwards.

Bin Laden was found living in a mansion in Pakistan in a wealthy suburb of Abbottabad, an area populated largely by Pakistani military and intelligence officials, in May 2011. A US Navy SEAL team killed the terror leader and dumped his body in the Indian Ocean, but photos of the dead terrorist were never published, ostensibly out of fear that they might “offend” other terrorists and spark new attacks against America. In his recent justifications for the withdrawal of US forces from Afghanistan, President Joe Biden has stated repeatedly that Washington had accomplished its goal of “getting” bin Laden and eradicating al-Qaeda’s presence in Afghanistan. However, Pentagon officials have disputed the latter claim.

Fifteen of the 19 9/11 hijackers were Saudi nationals, with the rest hailing from the United Arab Emirates, Lebanon and Egypt. The families of Americans killed on 9/11 have repeatedly asked US officials to release classified government documents on Saudi Arabia’s suspected involvement in the terror plot, but have yet to have their demands answered. Last month, nearly 1,800 family members of 9/11 victims asked Biden not to attend the upcoming commemorations of the 20th anniversary of the attacks if he did not release the secret papers.

In the years which followed the 9/11 attacks, some media investigators have alleged that the acts of terror were used as a pretext to launch a series of US invasions and other military operations across the globe. Investigators have pointed to a document crafted by the American Enterprise Institute, a neo-conservative think tank, in the year 2000, known as the ‘Project for a New American Century’, which postulated that preserving America’s role as the world’s preeminent power well into the 21st century would require “some catastrophic and catalyzing event – like a new Pearl Harbor,” to accelerate. Many of the policy recommendations outlined in the 2000 report found a place in the Bush administration’s national security strategy document of September 2002, and the think tank’s founders included many Bush-era officials, including Elliott Abrams, Dick Cheney, William Kristol, Donald Rumsfeld and Paul Wolfowitz.