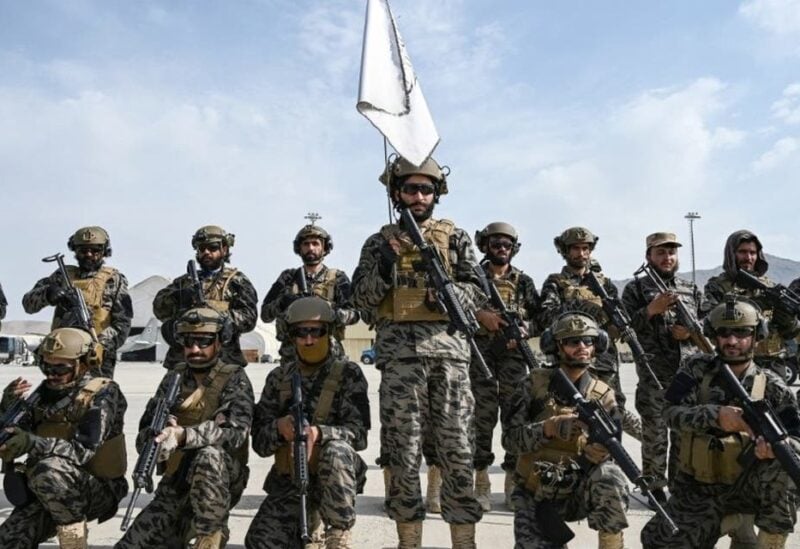 Members of the Taliban Badri 313 military unit take a position at the airport in Kabul on August 31, 2021, after the US has pulled all its troops out of the country. (File photo: AFP)

An official revealed on Saturday that the Taliban had removed over 3,000 members suspected of abusive activities as part of a “vetting process” initiated since taking power.

After a 20-year struggle against prior US-backed regimes and Nato military soldiers, the Taliban reclaimed control of Afghanistan in August.

Their administration pledged a more moderate approach than the group’s previous dictatorship from 1996 to 2001 and established a committee to find members who were breaking the rules.
“They were tarnishing the Islamic Emirate.” They were eliminated during the screening process “so that we can develop a clean army and police force in the future,” said the panel’s chairman, Latifullah Hakimi of the Defence Ministry, to AFP.

He stated that around 2,840 members have been fired thus far.

“They were involved in corruption, narcotics, and prying into people’s personal lives.” Some also have ties to Daesh,” Mr Hakimi claimed, referring to ISIS in Arabic.

In Kabul and other locations, officials have been slain in gun and bomb strikes.

Mr. Hakimi stated that those suspended came from 14 provinces, and that the process of “filtering out” such members will continue in additional areas.

Since assuming control, Taliban officials have limited Afghans’ liberties, particularly those of women.

Most female public sector workers have been barred from returning to work, and many secondary institutions for females have not reopened.

Long-distance travel by women who are not accompanied by a close male relative is likewise prohibited in Afghanistan.