Taliban operatives attempt to fly US helicopters; three get killed in a crash 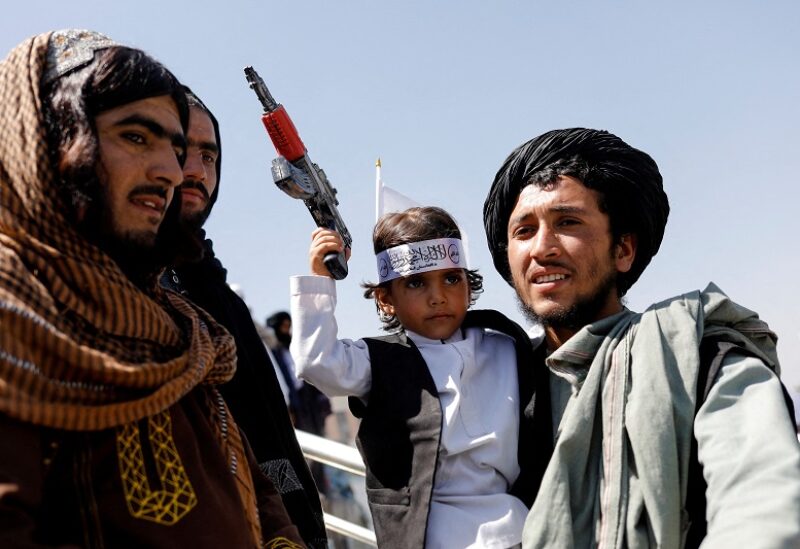 FILE PHOTO: A Taliban member holds his son on the first anniversary of the withdrawal of U.S. troops from Afghanistan, on a street in Kabul, Afghanistan, August 31, 2022. REUTERS/Ali Khara/File Photo

Three Talibani have died trying to operate an American black hawk helicopter, a little more than a year after the US troops haphazardly ditched the Afghanistan shores, leaving behind a trail of highly sophisticated military machinery that included state-of-the-art helicopters, tanks and armoured vehicles.

Reportedly, during a Taliban training exercise in the capital city of Kabul, the terrorist operatives were attempting to fly the highly sophisticated helicopter. However, they lost control and died in the process according to the defence ministry.

“An American Black Hawk helicopter, which was for training, crashed due to a technical problem inside the campus of the National Defence University,” said Enaytullah Khowrazmi, spokesperson, Taliban ministry of defence.
It is pertinent to note that the US left behind more than $7 billion worth of military equipment in Afghanistan last year. A total of $18.6 billion of equipment was presented to the Afghani security forces in 16 years, starting from 2005.

However, after Kabul collapsed under the Talibani rule, the American troops could only take away half of it back.

Despite that, it was always going to be a challenge for the Taliban to not only learn how to operate these machines but also to service them.

According to defence industry experts, much of the equipment remaining in Afghanistan requires specialised maintenance that US Department of Defence contractors earlier provided.