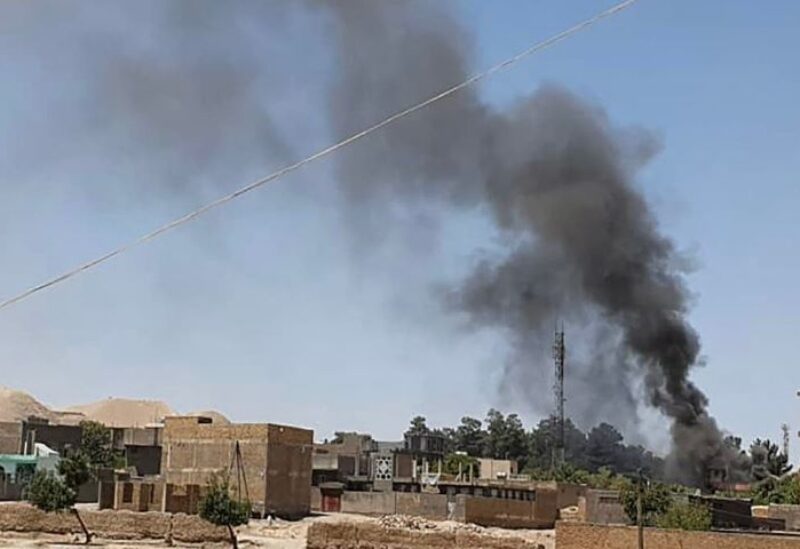 A senior lawmaker and the insurgents said Thursday the Taliban have taken the strategic Afghan city of Ghazni just 150 kilometers (95 miles) from Kabul.

Ghazni, which lies along the major Kabul-Kandahar highway, is the 10th provincial capital to fall to the insurgents in a week.

“The Taliban took control of the key areas of the city — the governor’s office, the police headquarters and the prison,” Nasir Ahmad Faqiri, head of the provincial council, told AFP.

He added that battles continued in parts of the city but that the provincial capital was largely in the insurgents’ hands. The Taliban also affirmed capturing the city, according to a statement posted by the insurgency’s spokesman on social media.

The Afghan conflict has escalated dramatically since May, when US-led forces began the final stage of a troop withdrawal due to end later this month following a 20-year occupation.

The loss of the Ghazni will likely pile more pressure on the country’s already overstretched air force, needed to bolster Afghanistan’s scattered security forces who have increasingly been cut off from reinforcements by road.

In less than a week the insurgents have seized 10 provincial capitals and have now encircled the biggest city in the north, the traditional anti-Taliban bastion of Mazar-i-Sharif.

Fighting was also raging in Kandahar and Lashkar Gar — pro-Taliban heartlands in the south — as well as Herat in the west.

Late Wednesday, the Taliban claimed to have overrun the heavily fortified jail in Kandahar, saying it was “completely conquered after a long siege” and that “hundreds of prisoners were released and taken to safety.”

The Taliban frequently target prisons to release incarcerated fighters and replenish their ranks.

The loss of the jail is a further ominous sign for the country’s second city, which has been besieged for weeks by the Taliban.

The city was once the stronghold of the Taliban — whose forces coalesced in the eponymously named province in the early 1990s — and its capture would serve as both a massive tactical and psychological victory for the militants.