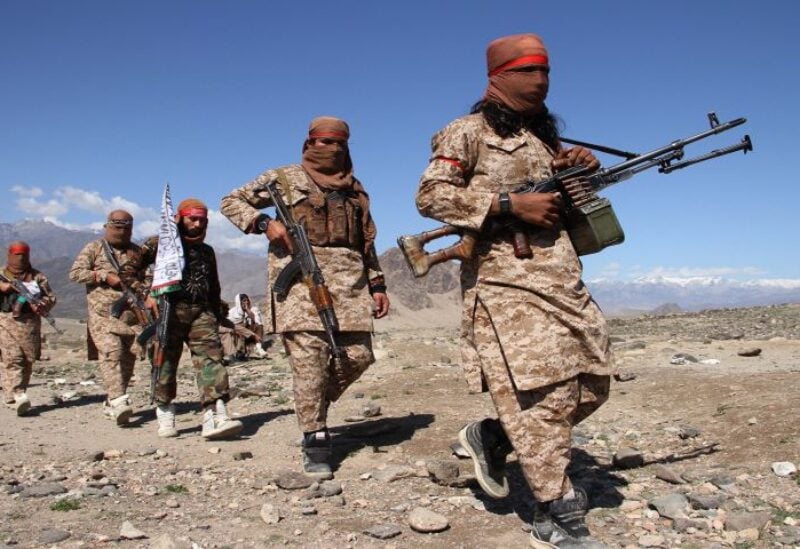 After the Taliban takeover, the Islamic group’s spokesman Zabihullah Mujahid vowed to crack down on the production of narcotics, saying “nobody can be involved” in the heroin trade, which has been a key source of funding for the group.

Leaders of the Islamist group, which took control of the country in the wake of US and NATO forces pulling out, have been telling farmers in the southern province of Kandahar to stop cultivating opium poppies, according to The Wall Street Journal, citing local residents. Farmers are unhappy but have no choice but to comply should the Taliban begin to enforce the ban, the outlet cites a Kandahar grower as saying.

“We can’t oppose the Taliban’s decision. They are the government,” said the farmer.
He added that the Taliban has assured people that they would have an “alternative crop,” such as saffron, to grow. Saffron, however, is not nearly as lucrative.

The ban on a crop that has traditionally been a crucial part of the local economy has resulted in prices of raw opium skyrocketing across the country. Local farmers in poppy-growing regions like Kandahar, Uruzgan, and Helman provinces said raw opium prices have tripled, from about $70 to about $200 per kilogram. In the northern city of Mazar-e-Sharif, the price of opium has doubled, according to locals. The poppy-planting season is due start in about a month.

“If the Taliban prohibit the cultivation of poppy, people will die from starvation, especially when international aid stops. We still hope they will let us grow poppies. Nothing can compensate for the income we get from growing poppies,” a poppy farmer in the Chora district of Uruzgan was quoted as saying.

Afghanistan is the world’s leading producer of opium, with its share in the global market standing at over 80 percent. Poppy cultivation offers the rural population in the war-torn country a much-needed lifeline. In 2017, annual opium production was valued at $1.4 billion, or 7.4 percent of Afghanistan’s gross domestic product, according to the United Nations.

The Taliban has long used taxation of the drug business to finance its insurgency against the US-backed government in Kabul. However, after seizing the country’s capital Kabul, the issue of the narcotics trade surfaced amid the Taliban’s new plans for governance.

“We are assuring our countrymen and women and the international community, we will not have any narcotics produced. From now on, nobody’s going to get involved (in the heroin trade), nobody can be involved in drug smuggling,” Taliban Spokesman Zabihullah Mujahid told reporters in Kabul at an 18 August news conference.

Prior to the US invasion in 2001, when the Taliban was in power, it initially banned opium production. At the time the move drove production down by 90 percent, said Vanda Felhab-Brown, a senior fellow at the Brookings Institution. However, the struggling locals retaliated by “no one lining up on the side of the Taliban during the US invasion,” she added.

The Taliban eventually ceased to mete out punishment for cultivating drugs, cracking down only on use of drugs.

After 2001, during the two decades of deployment of Western forces in the country, the US spent some $9 billion in a crackdown on the drug trade. US efforts included paying farmers to destroy their poppies, funding Afghan eradication teams, and urging people to grow saffron, pistachios, or pomegranates instead. However, this resulted in a large numbers of the rural population joining the Taliban ranks.

The US abandoned the poppy-growing eradication in 2010.

Analysts believe that a new Taliban opium ban would be a political risk for the Islamist group, even if it does win kudos from foreign governments in Europe, Russia and Iran – the predominant markets for Afghan heroin.

The fallout would force the Taliban to deal with potential discontent among the alienated population amid the country’s economic crisis, which has seen the prices of basic commodities surge.

Coupled with a US freeze on central-bank assets and foreign aid, and the local currency, the afghani, teetering on the brink of collapse, the new Taliban authorities could use drugs as a “bargaining chip with international players,” Jonathan Goodhand, an expert on the global narcotics trade at SOAS University of London, was cited as saying by The Los Angeles Times.

“If the Taliban do try to introduce draconian measures to deal with drugs, they will undermine their support base and exacerbate the humanitarian and development crisis currently affecting much of the population,” he said.