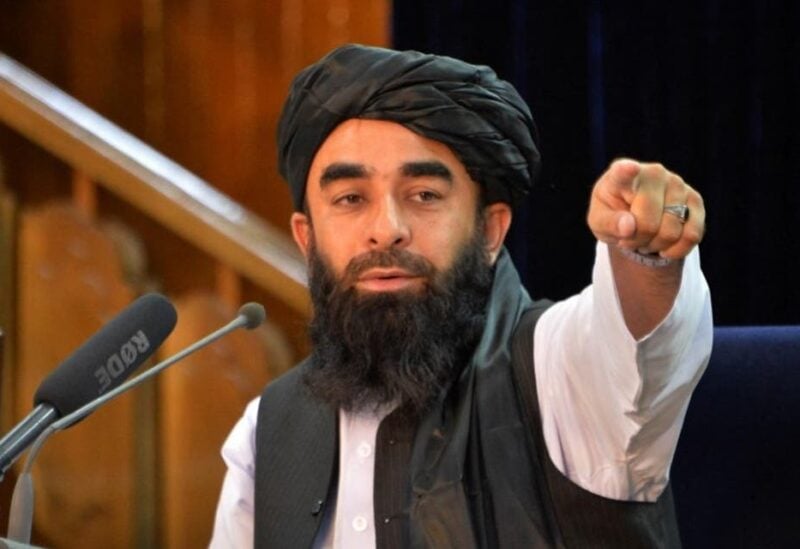 Taliban spokesperson Zabihullah Mujahid gestures during a press conference in Kabul on August 24, 2021 after the Taliban stunning takeover of Afghanistan. (AFP)

The Taliban threatened the US with “negative consequences” if Washington did not stop flying drones over Afghanistan, Afghan news outlets reported on Wednesday.

The Taliban warned the US against “violating Afghan airspace” in contravention to international law. However, the group did not specify the details of the “consequences” they warned of.

Group spokesman Zabihullah Mujahid said: “Afghanistan’s sacred airspace is being occupied by US drones. These violations must be corrected and prevented.”

When asked whether airspace over Afghanistan was considered sovereign Taliban airspace, US Defense department spokesman John Kirby said: “We retain all necessary authorities to execute over the horizon counterterrorism operations.”

Kirby added: “Without speaking to specific rules of engagement surrounding airstrikes, there is currently no requirement to clear airspace with the Taliban. And we do not expect that any future over the horizon counterterrorism strikes would hinge on such a clearance.”

Since seizing control of Afghanistan on August 15, the Taliban have sought to assert their authority in running the country and demanded its government be recognized by the international community.

However, no country has recognized the Taliban as a government of Afghanistan and the White House has denied last month any chance of rushing to recognize the legitimacy of the Taliban government by the US or its allies.