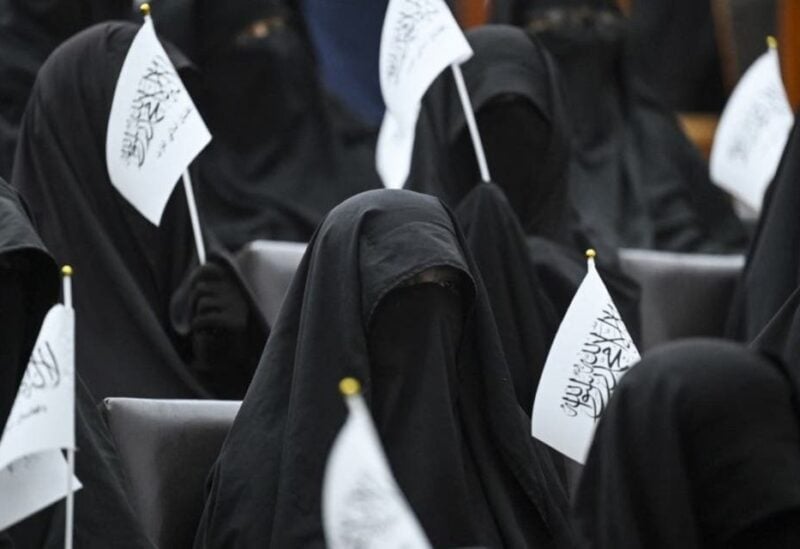 Veiled students hold Taliban flags as they listen a speaker before a pro-Taliban rally at the Shaheed Rabbani Education University in Kabul on September 11, 2021. (AFP)

The higher education minister in the new Taliban government says women can study in universities, including at post-graduate levels, but that classrooms will be gender-segregated and that Islamic dress is compulsory.

Haqqani said female university students would be required to wear a hijab but did not elaborate on whether this only meant a compulsory headscarf or also mandatory face coverings.