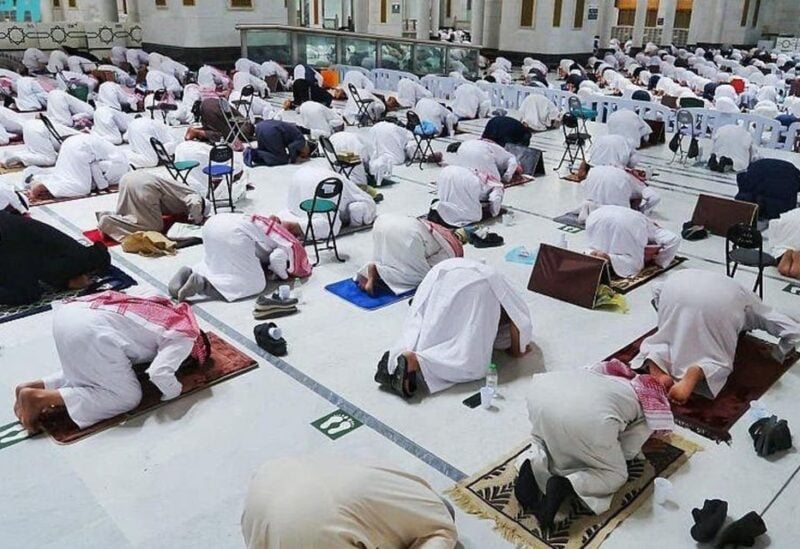 Muslim worshipers performed on Monday night the first Taraweeh prayers at the Grand Mosque in Mecca on the first night of the holy month of Ramadan, while social distancing as a coronavirus precaution.

“Only immunized individuals who applied for and received a permit through the Tawakkalna application were allowed into the mosque to perform Taraweeh,” Saudi state news agency SPA reported.

The holy fasting month of Ramadan began this week for the world’s more than one billion Muslims, during which observant believers fast from dawn to dusk. Taraweeh is an evening prayer performed during Ramadan.

“The General Presidency for the Affairs of the Grand Mosque and the Prophet’s Mosque intensified disinfection, sterilization, and operation efforts, and distributed disposable Zamzam water bottles to the visitors and the worshippers,” SPA added.

“Sterilization operations were mainted around the clock and around 5,000 liters of disinfectant material were used to sterilize all surfaces and floors in order to create a healthy and pandemic-free atmosphere, in addition to deploying more than 45 field teams to work 24 hours to sterilize the Grand Mosque and its external squares and distribute more than 300 high-quality hand sterilizing devices.”