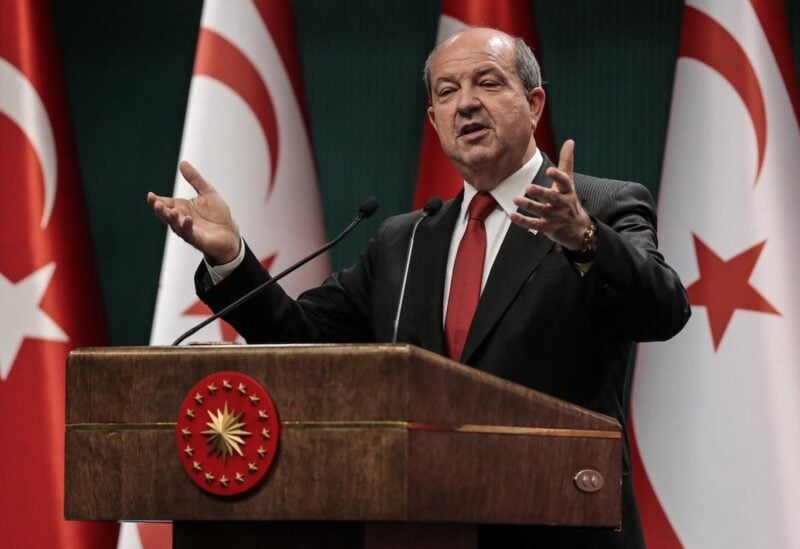 President of Turkish Republic of Norther Cyprus (TRNC), Ersin Tatar said on Tuesday that those who criticize Turkey with the Cyprus Peace Operation continue to distort the historical facts

“Foreign powers and some circles continue their efforts to portray Turkey as an ‘invader’. However, the main occupier in Cyprus is Greece itself, who formed the EOKA terrorist organization, prepared the Akritas Plan and carried out the fascist coup,” he added.

EOKA terrorist organization was responsible for attacks on Cypriot Turks between 1957-1974.

Greek Cypriots launched Akritas Plan on Dec. 21, 1963 that sought to eradicate Turkish Cypriots and gain control of the whole island within 48 hours, but Turkish Cypriots of all ages began to resist against the persecution.

Tatar’s remarks came at a ceremony marking the 47th anniversary of Cyprus Peace Operation launched by the Turkish Armed Forces to bring peace and safety to the island and to the Turkish Cypriots who had suffered years of persecution.

Tatar underlined that with the Cyprus Peace Operation, the “junta administration” was destroyed, the Greek people regained their freedom and democracy, the Greek Cypriots who opposed the coup also survived the massacre, and “an environment of peace and stability was created for both Turks and Greeks on the island of Cyprus.”

He also pointed out that “no blood has been shed” and peace has been established since 1974.

Every year, the Turkish Republic of Northern Cyprus (TRNC) celebrates July 20 as Peace and Freedom Day to mark the operation – a large-scale military intervention to protect Turkish Cypriots from violence that struck the island in 1974.

On the Maras town of the island, which was partially reopened to the public in 2020 after 47 years, Tatar stressed that the decision to open the town is an “extremely important initiative” that will enable the return of former residents and rightful holders, who have not been able to go to their properties for years.

“Our aim is to eliminate the grievance here. Opening of the town of Maras will be realized through the Immovable Property Commission, respecting the property rights and in accordance with the law. In this framework, with the decision adopted by our Council of Ministers, the military zone status of the region, which corresponds to 3.5% of the town of Maras, will be abolished and the second phase of our Maras expansion will be started.”

Tatar went on to say that they, as the owner of equal rights, are determined to protect the natural resources on their own continental shelf around the island together with Turkey.

Ethnic attacks starting in early 1960s forced Turkish Cypriots to withdraw into enclaves for their safety.

In 1974, a Greek Cypriot coup aiming at Greece’s annexation led to Turkey’s military intervention as a guarantor power to protect Turkish Cypriots from persecution and violence.

The Turkish Republic of Northern Cyprus (TRNC) was founded in 1983.

The Greek Cypriot administration entered the European Union in 2004, the same year that Greek Cypriots thwarted the UN’s Annan plan to end the decades-long dispute.