Teenager among six killed in shelling of Donetsk market 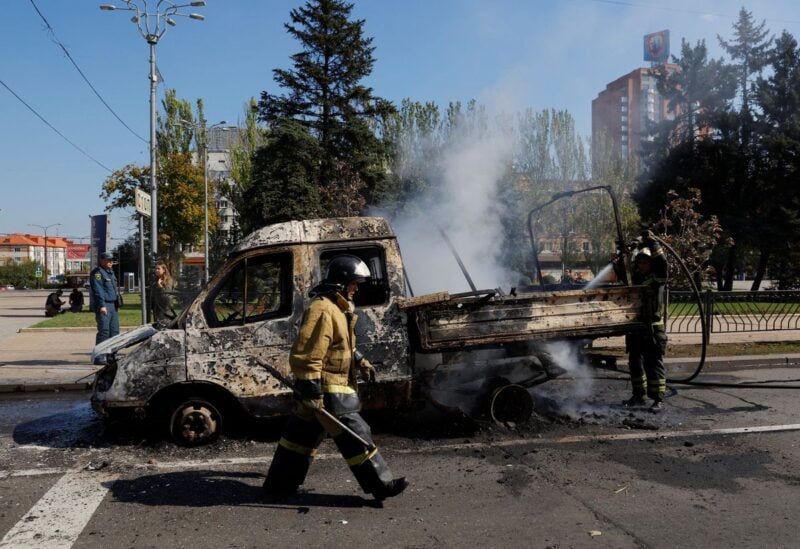 Firefighters extinguish a vehicle that caught fire during recent shelling in the course of Russia-Ukraine conflict in Donetsk, Ukraine September 17, 2022. REUTERS/Alexander Ermochenko

At least six civilians, including a teenager, were killed in a missile strike on the center of the separatist-controlled city of Donetsk on Thursday, according to Russian-backed officials.

Russian-installed separatists blamed Ukrainian forces for the strike on a covered market in the city’s center, seat of the Russian-backed self-proclaimed Donetsk People’s Republic (DPR), which is planning a referendum on joining Russia.

“Ukraine’s military are firing on the centre of Donetsk,” the military headquarters of the DPR said in a post on social media.

A Reuters journalist at the scene saw the body of a teenager and four others, along with several wounded citizens.

“According to the information received, six people were killed and six people were injured,” Alexei Kulemzin, the Russian-installed mayor of Donetsk, had said earlier in a post on his Telegram channel.

Moscow recognised the DPR as an independent state covering Ukraine’s Donetsk province days before sending its armed forces into Ukraine in February.

Russian and separatist forces control around 60% of the province, and a referendum being held under their control this weekend, decried by Kyiv as a sham, appears likely to show overwhelming support for incorporation into Russia.

Both Moscow and Kyiv have denied targeting civilians or civilian areas.

Russia says it intervened in Ukraine in part to protect civilians living in the eastern Donbas region, comprising the Donetsk and Luhansk provinces, from persecution.

Kyiv and the West reject this as a baseless pretext for a war of aggression.