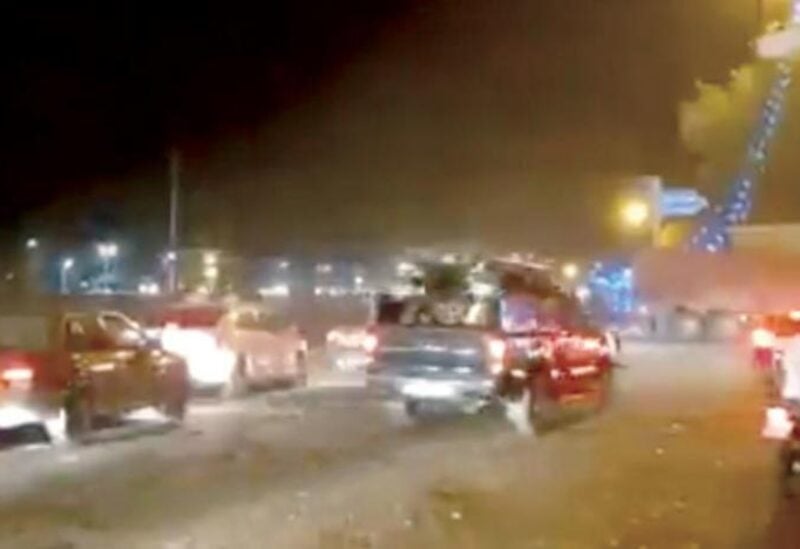 A car belonging to the anti-riot units coming from the Iranian capital, Tehran, arrives in Ahvaz.

On Saturday evening, activists talked about the arrival of a convoy of special anti-riot squads linked to the Tehran police.

The force, according to activists, came in from Tehran on dawn on Saturday, riding on motorbikes and mounting special armored vehicles.

On Sunday, footage circulated on social media showed the inbound units combing the streets of the city of Al-Sus, located in northern Ahvaz, after a night in which the scope of the protests expanded.

Meanwhile, the Iranian parliament saw Ahvazi lawmakers chiding Parliament Speaker Mohammad Ghalibaf for rejecting their request for holding an extraordinary session to discuss how water was being mismanaged in the province.

They wanted to tackle how water was being drawn from the dozens of dams built north of Ahvaz when the province’s towns and cities were left to face a crippling environmental drought triggered by summer temperatures soaring to over 50 degrees Celsius.

Ahvaz (Khuzestan) is separated from most Iranian territories by the Zagros Mountain range.

“The situation in Khuzestan is not good. Let the head of government come here and answer,” said Naserinejad in his parliamentary address.

“The first person of the government must come here and answer,” he affirmed, demanding accountability from the outgoing Iranian President Hassan Rouhani.

“The situation of the people is deteriorating, their livestock has died, their lives have been destroyed, everything has been destroyed. Who should take care of this? [Outgoing President Hassan] Rouhani must answer,” said Naserinejad, who is also a member of the Parliament’s Energy Commission.