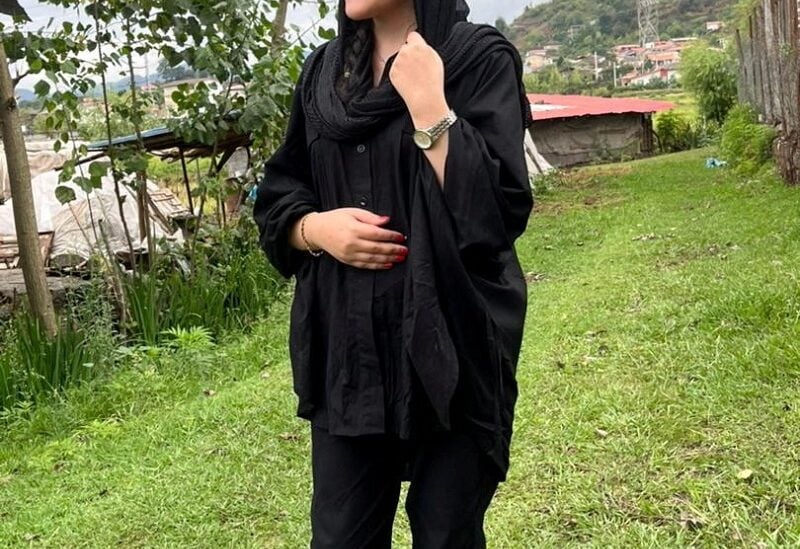 An undated picture obtained from social media shows Mahsa Amini. IranWire/via REUTERS THIS IMAGE HAS BEEN SUPPLIED BY A THIRD PARTY. MANDATORY CREDIT. NO RESALES. NO ARCHIVES.

After being gripped by a month of protests since Amini died after being arrested by the morality police in Tehran, a photomontage of dozens of renowned Iranian women all observing hijab disappeared from a Tehran billboard Friday within 24 hours of going up.
The street violence has led to dozens of deaths, mostly of protesters but also members of the security forces, and hundreds have been arrested.
The original billboard appeared early Thursday on Valiasr Square, in downtown Tehran, bearing a photomontage of an array of celebrities around the slogan “The women of my homeland, Iran.”
Among them were athletes, political figures and scientists such as late mathematician Maryam Mirzakhani, early 20th century revolutionary figure Bibi Maryam Bakhtiari and poet Parvin E’tesami.
But on Friday morning, the photomontage was replaced by a white background, although the new version retained the slogan.
Fars news agency said the move came after some of those featured had asked for their pictures to be removed, citing a “lack of coordination” with them.
Others criticized the billboard for featuring women who had removed their headscarves during the recent protests, it added.
Award-winning Iranian actress Fatemeh Motamed-Arya demanded her picture be removed in an emotional video that went viral on social media.
“I am Mahsa’s mother, I am Sarina’s mother, I am the mother of all the children who are killed in this land, I am the mother of all Iran, not a woman in the land of killers,” Motamed-Arya said.
She appeared in the video without a hijab headscarf, seemingly in a vehicle as it passed Valiasr Square.
The billboard was raised by Owj Arts and Media Organization, known for pro-revolutionary films and cultural production.
The decision to remove the pictures was taken after “controversies and reactions,” the organization said in a statement carried by state news agency IRNA.
The billboard on Valiasr Square often features symbolic murals related to religious, social and political themes.