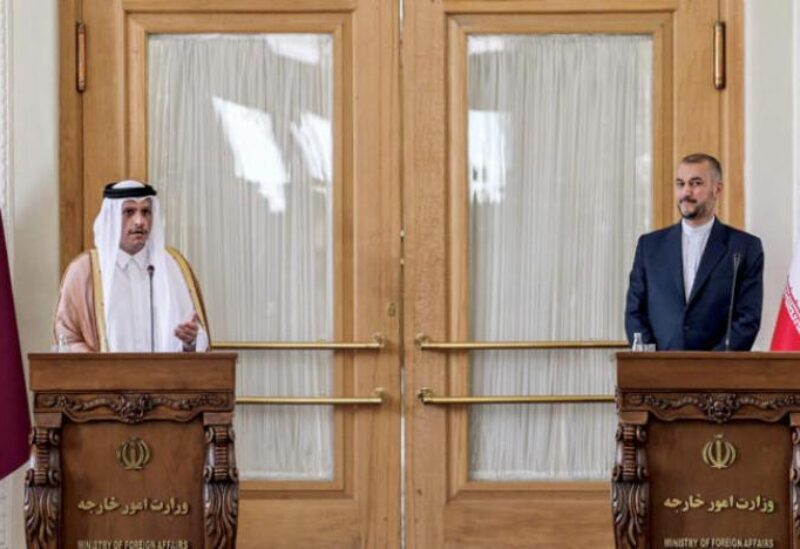 Iranian Foreign Minister Hossein Amir Abdollahian said on Wednesday that Tehran did not raise any demands that go beyond the nuclear agreement in the indirect talks with Washington.

His comments came a week after the failure of the latest round of diplomatic efforts mediated by the European Union in Doha.

In a joint press conference in Tehran with his Qatari counterpart, Mohammed bin Abdul Rahman Al Thani, Abdollahian said: “We have no requirement which goes beyond the nuclear agreement — contrary to certain claims by the American party in the media… Our request is part of the 2015 agreement.”

Al Thani, for his part, expressed Qatar’s support for “reaching a fair agreement”, taking into account the concerns of all parties, as reported by Qatar News Agency (QNA).

He added that his visit to Tehran came amid “many regional challenges,” underlining the importance of “constructive efforts by all neighboring countries to make nuclear negotiations and regional dialogue a success.

“Iran has entered a new round of negotiations with the aim of reaching a strong, sustainable and reliable agreement,” Shamkhani said, as reported by Nournews, the platform of the National Security Council.

State media in Tehran reported that Al Thani and Shamkhani focused on bilateral and regional issues, the latest political and security developments, and some private matters.

Indirect talks between Tehran and Washington aimed at reviving the nuclear deal ended last week without the hoped-for progress.

Abdollahian said on Twitter: “The agreement is only possible on the basis of understanding and mutual interests. We remain ready to negotiate a strong and lasting agreement. The United States must decide whether it wants to deal or insists on sticking to its unilateral demands.”