Tehran: We Will Not Hand Over CCTV Recordings Before Lifting of Sanctions 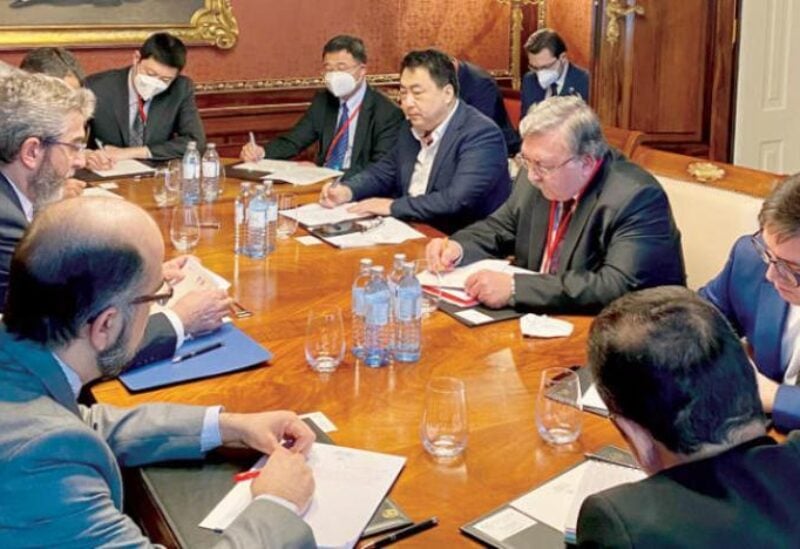 The Atomic Energy Organization of Iran (AEOI) announced that it would not hand over to the International Atomic Energy Agency (IAEA) camera recordings at the TESA Karaj centrifuge component manufacturing workshop, unless US sanctions were lifted.

In a speech broadcast on Iranian television, the head of the AEOI, Mohammad Eslami, said that the IAEA inspectors could install the cameras at the Karaj nuclear site, west of Tehran, without specifying a time period for this process.

Four IAEA surveillance cameras have gone out of service since June at the TESA site after “sabotage” blamed by Tehran on Israel.

On Thursday, Eslami and IAEA Director Rafael Grossi reached an agreement allowing international inspectors to reinstall the surveillance cameras that Tehran removed from the Karaj facility after the attack in June.

“Following exchanges of views between the AEOI and the IAEA, particularly based on recent talks between the heads of the agencies Mohammad Eslami and Rafael Grossi, it was decided that the IAEA will have the necessary cooperation (with Iran) in precise technical, security and judicial inspections of the Agency’s cameras at the TESA Karaj Complex. This measure is meant to soothe concerns that saboteurs may take advantage of the cameras,” AEOI Spokesman Behrouz Kamalvandi said in remarks on Thursday.

In a statement on Wednesday, the IAEA said that it would “make available a sample camera and related technical information to Iran for analysis by its relevant security and judiciary officials, in the presence of the Agency inspectors, on 19 December 2021.”

“The Agency will reinstall cameras to replace those removed from the workshop at Karaj and perform other related technical activities before the end of December 2021 on a date agreed between the Agency and Iran,” the statement added.

Meanwhile, the second phase of the Vienna Talks continued for the second week, with the aim of reviving the 2015 nuclear deal.

IRGC’s Fars news agency quoted an “informed source” as saying that the negotiations were “ongoing despite the slow process.” It added that the US delegation “presented two papers through European mediators, to which the Iranian delegation responded in 12 pages.”

According to the source, the European parties “agreed to negotiate a text including the proposals of the government of Hassan Rouhani, and his successor, Ibrahim Raisi.”

“I think we have made progress in the negotiations,” Russia’s representative, Mikhail Ulyanov, told reporters while leaving the headquarters of the talks at the Coburg Palace Hotel on Thursday, revealing a French proposal paper that is currently under study.