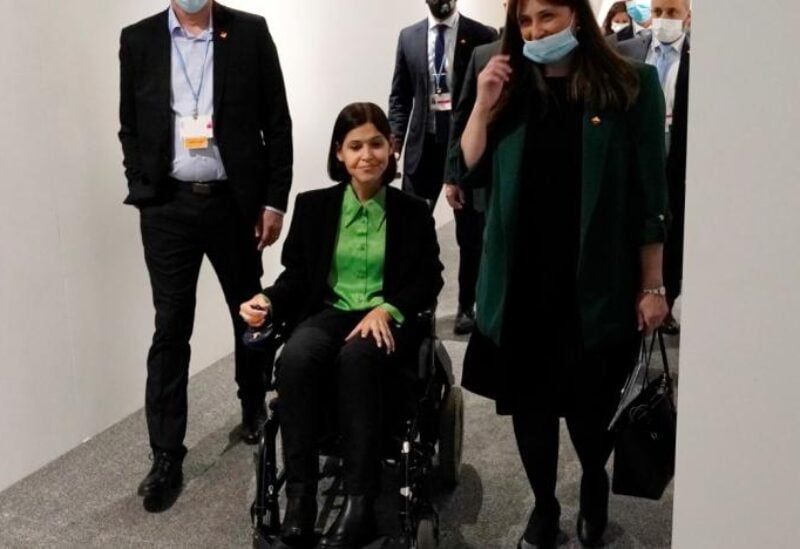 The Israeli Minister of Energy, Karine el-Harar, confirmed that “Israeli gas will reach Lebanon,” an announcement denied earlier in Lebanon.

Several official Lebanese sources denied this news in the past weeks, asserting that the gas supply agreement states that the gas is Egyptian and not Israeli.

However, when asked about the possibility of Israeli gas exported to Egypt and Jordan making its way to Lebanon, Harrar said, “so be it.”

Harar participated in Egypt Petroleum Show 2022 (EGYPS) at the head of a large Israeli delegation.

Harar added, “I don’t care about that. We sell gas to Egypt,” and Cairo sells it to others.

The Israeli energy economy is a bridge for consolidating relations with regional countries, she said, adding that she is pleased to have the opportunity to represent Israel in EGYPS, hoping it will be another step on the road to achieving peace.

Harrar, who uses a wheelchair due to a disease that left her unable to stand, cried when Egyptian President Abdel Fattah El-Sisi treated her in a special way.

Sisi was seen walking to the other side of the hall to welcome the Israeli Minister.

Bennett retweeted video footage of the moment and wrote that he was “touched” by the gesture.

The Ministry of Energy issued a statement announcing that this is the first time Israeli officials have participated in the conference.

Meanwhile, Egypt’s petroleum minister Tarek el-Molla told the same event that the timeline for sending gas to Lebanon is flexible as it depends on Jordan and Lebanon.

He added that the technical aspects of supporting gas exports to Lebanon would be finished by February.

Jordanian Minister of Energy Saleh al-Kharabsheh announced that exporting electricity to Lebanon will start next month after finalizing a funding agreement with the World Bank.

The editor of Arab affairs in Yedioth Ahronoth newspaper reported that Israelis know that Hezbollah chief Hasan Nasrallah did not object to the gas deal.

She claimed that he turned a blind eye to the deal because there isn’t any serious alternative, neither from Iran nor any other party.

The arrival of gas from Jordan is the shortest and fastest way to solve the energy crisis in Lebanon.

The gas reaches Jordan from Israel and Egypt.