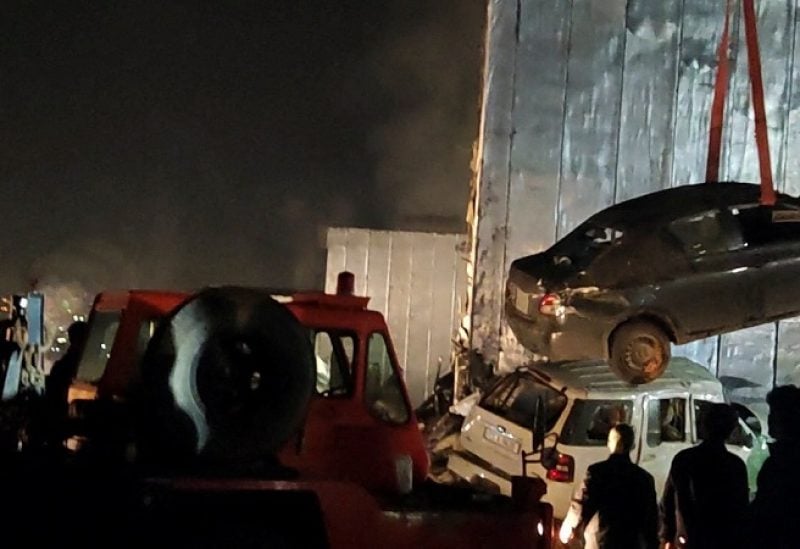 A view of a scene after a large gas cylinder exploded in a residential area in the northern Iraqi city of Sulaimaniya, Iraq, November 17, 2022. REUTERS/Stringer NO RESALES. NO ARCHIVES

A gas cylinder explosion in a residential area in the northern Iraqi city of Sulaimaniya, led to the death of 10 people and 30 others injured, the provincial governor said on Friday.
Thirteen people remained trapped under the rubble, said Haval Abubaker, the governor of Sulaimaniya province. He also announced three days of mourning.
Civil defense firefighters managed to contain the fire that broke out in a residential area after the gas cylinder exploded on Thursday. The fire damaged several houses and destroyed at least five vehicles, police said.
Police officers said at least three houses were completely destroyed by the explosion of a cooking gas cylinder that was installed on the rooftop of one of the homes.