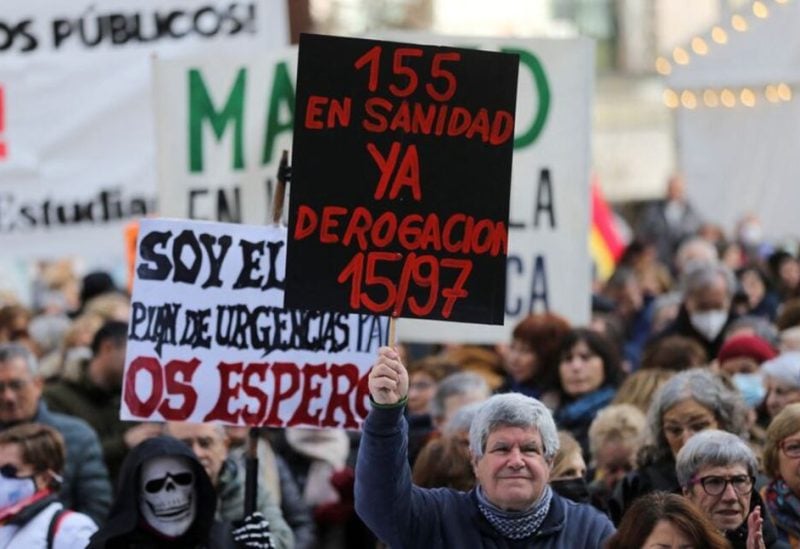 On Sunday, tens of thousands of healthcare professionals demonstrated in Madrid against what they claim is the conservative regional government’s annihilation of the public health system.

Many of them chanted, “Cutting public health is criminal,” while wearing white jackets and beating on drums.

According to a regional government spokeswoman, there were roughly 30,000 protesters at the demonstration.

Since the COVID-19 epidemic began in 2020, the Madrid regional government, led by Isabel Ayuso of the Popular Party, has been under scrutiny for the understaffing of hospitals and primary healthcare facilities.

Dressed as the Grim Reaper and bearing a mock scythe, one protester held a sign reading, “I am Ayuso’s plan for (the) emergency ward.”

“We have about 40 or 50 patients per day and can give them about six minutes each. The problem is that they do not allow us to give proper care to patients,” Ana Encinas, 62, a doctor who has worked in primary care in Madrid for 37 years, told Reuters.

Ayuso denies the accusation that her administration is dismantling public health services in favour of the private sector and says the protests and strikes are being orchestrated by left-wing parties in the run-up to municipal and regional elections this year to undermine the conservative regional government.

In November, tens of thousands of people marched through central Madrid in support of health workers calling for better working conditions.