Tens of thousands protest in anti-military marches in Sudan 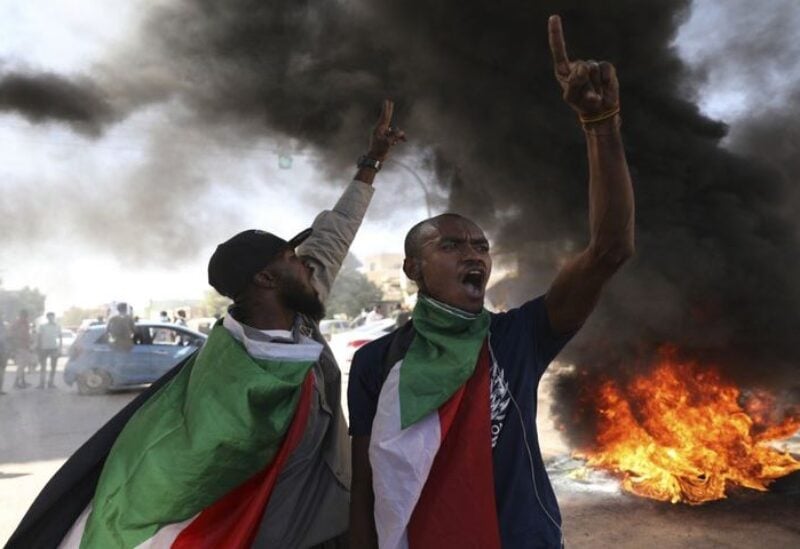 While tens of thousands marched in the latest demonstrations against a military takeover that took place last month, Security forces fired tear gas at anti-coup protesters in the Sudanese capital on Tuesday.
Protesters took to the streets in Khartoum and other cities around the country to demand that the armed forces stay out of government.
Deposed Prime Minister Abdalla Hamdok was reinstated earlier this month under military oversight in a deal that many in the pro-democracy movement oppose. Since the generals seized power on Oct. 25 and rounded up more than 100 civilian government figures, protesters have repeatedly taken to the streets.
In a video streamed online from the Bahri neighborhood of Khartoum, a few protesters threw stones as security forces repeatedly fired tear gas and used sound bombs to try to disperse them. Leaders of the pro-democracy movement have consistently called on those taking part in demonstrations to remain peaceful. In a larger march not far away, demonstrators filled an entire street.
Sudanese security forces have cracked down on the rallies and have killed some 43 protesters so far, according the Sudan Doctors’ Committee, which tracks protester deaths. On Tuesday, the group announced that the latest death was that of a protester who died from hemorrhaging in the skull after being badly beaten by security forces during a march last week.
On Saturday, Hamdok announced the replacement of top officials in the country’s police forces, according to Sudan’s state news agency, firing those who oversaw the response to earlier demonstrations.
Tuesday’s demonstrations come after Hamdok emphasized that the Sudanese people have the right to peacefully protest. In a Facebook post on Monday, he said it is a right “the Sudanese people have secured through decades of struggle.”
The military’s signing of a power-sharing deal with Hamdok coincided with his release from weeks of house arrest. Since then, a number of other officials have also been let go but many remain in detention, along with many activists and protesters.
Hamdok’s reinstatement was the biggest concession made by the military since the coup but leaves the country’s transition to democracy mired in crisis. Sudan’s key pro-democracy groups and political parties have dismissed the deal as falling short of their demands for full civilian rule.
Sudan has been struggling with its transition to a democratic government since the overthrow of autocrat Omar Al-Bashir in 2019, following a mass uprising against three decades of his rule.