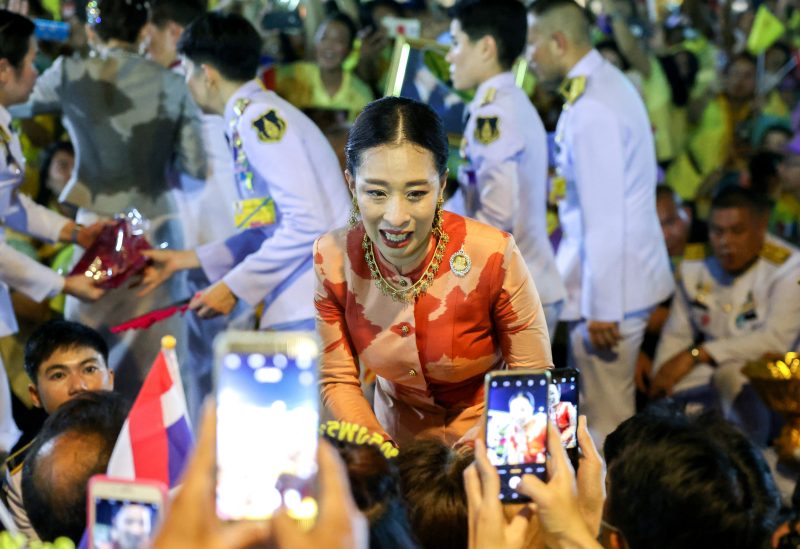 According to a palace statement providing an update on the condition of the 44-year-old potential heir to the throne of Thailand, Princess Bajrakitiyabha, she has been unconscious for more than three weeks after falling due to a cardiac condition.

According to a statement released by the palace late on Saturday, the Thai King Maha Vajiralongkorn’s eldest child went unconscious on December 15 due to a serious heart arrhythmia brought on by inflammation brought on by a mycoplasma infection.

The princess’s “overall condition is that she remains unconscious,” the palace said.

“Doctors continue to provide medicine and use equipment to support the functions of the heart, lung and kidney as well as using antibiotics while monitoring her condition closely,” it said.

Princess Bajarakitiyabha fell ill while preparing her dogs for a competition in northeastern Nakhon Ratchasima province, where she was initially treated before being taken by helicopter to Bangkok.

She is one of three children of King Vajiralongkorn who have formal titles, making her eligible for the throne under a palace succession law and the country’s constitution.

The king has yet to formally designate an heir and there has been no official discussion on the prospect of the princess taking the throne.

Princess Bajarakitiyabha, a trained lawyer with master and doctorate degrees from Cornell University, has served as Thai ambassador to Austria, Slovenia and Slovakia and in roles with the Attorney General’s office, the Royal Security Command and as Thai ambassador to the United Nations Commission on Crime Prevention and Criminal Justice.

She was born on Dec. 7, 1978. Her mother is the king’s first wife, Princess Soamsawali.