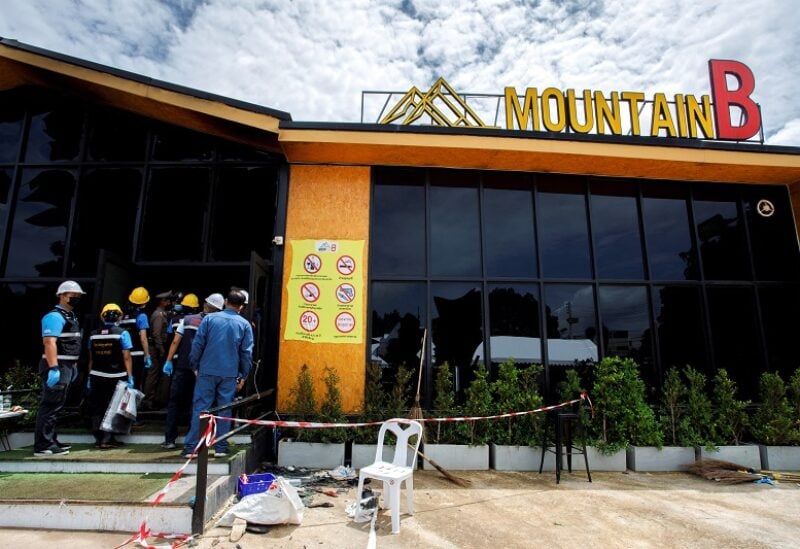 Forensic officers enter the Mountain B nightclub where at least 13 people were killed and 35 injured when a fire broke out early on Friday, in Chonburi province, Thailand, August 5, 2022. REUTERS/Tanat Chayaphattharitthee NO RESALES. NO ARCHIVE.

A fire at a nightclub in Thailand on Friday killed 13 and left around 40 injured. The incident happened at a club situated in Chonburi province’s Sattahip district, about 150 kilometres south of Bangkok, a police official said.

The fire at the Mountain B night club started at about 1:00 am (1800 GMT Thursday). Police Colonel Wuttipong Somjai informed that till now all the victims, four women and nine men, were Thai nationals.
Firefighters fought the blaze for more than three hours before it could be brought under control. Officials said that the flammable acoustic foam on the walls of the club made the fire worse.

Thailand is no stranger to such incidents. In the past, two deadly blazes at nightclubs claimed several lives. A New Year’s Eve party at Bangkok’s Santika club in 2009 killed 67 people and left over 200 injured, AFP reported.