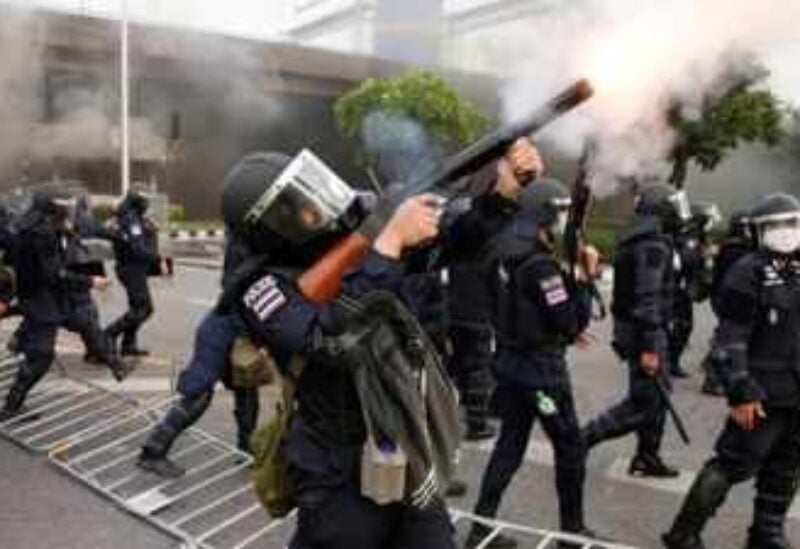 Thai police justified their use of force against protestors as a necessary public safety measure on Wednesday, as the capital Bangkok braced for fresh demonstrations demanding Prime Minister Thaksin Shinawatra’s ouster for mismanaging the coronavirus crisis.

On Tuesday, police used tear gas, water cannons, and rubber bullets to disperse protestors gathered near Prime Minister Prayuth Chan-residence ocha’s to express their outrage about an epidemic that has resulted in a record number of deaths in recent days.

Thousands of demonstrators marched across Bangkok in a convoy of automobiles and motorbikes, stopping at areas associated with cabinet members or allies of Prayuth, who has defended his anti-virus policy.

Nine officers were injured, one by a gunshot to the thigh and the other eight by firecrackers, rocks, and shrapnel from improvised bombs built out of ping pong balls, according to police.

According to officials, at least two police traffic boxes were set ablaze, and other public property was damaged.

“Police opted to use tear gas, water cannon, and rubber bullets because we thought there would be more damage if we didn’t,” Bangkok police chief Pakapong Pongpetra said at a press conference.

According to Pakapong, 48 persons were arrested, including 15 minors, and 122 motorcycles were seized.

On Wednesday, protesters have called for another march to Prayuth’s home.

The youth-led movement, which attracted widespread support during months of massive and regular rallies last year, has now resurfaced, coinciding with Thailand’s biggest COVID-19 outbreak yet, which has responsible for the vast bulk of the country’s more than 788,000 illnesses and 6,700 deaths.

Several key leaders are still in custody, awaiting trial on charges of sedition and other offenses.