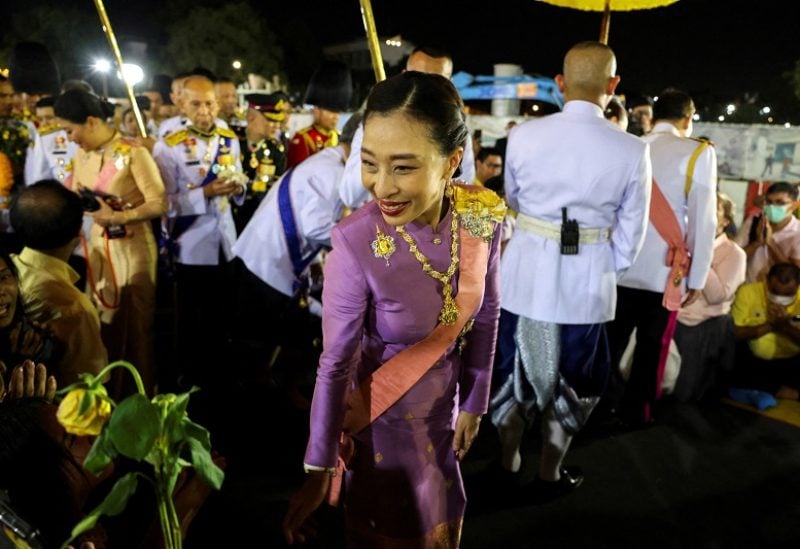 Thailand’s Royal Palace said on Thursday, that Thai Princess Bajrakitiyabha has been hospitalized in Bangkok.

Princess Bajrakitiyabha is the eldest daughter of Thai King Vajiralongkorn and is 44 years old.

She collapsed from a heart condition on Wednesday evening while attending an event for dogs organized by the military, the palace said.

She was first treated at a local hospital, then flown to a hospital by helicopter in the capital Bangkok after her condition stabilized to a “certain level,” the palace added.

What to know about the royal line of succession
Princess Bajrakitiyabha is eligible for the throne under a 1924 Palace Law of Succession, since she is one of the King’s three children with a formal title.

While the palace succession law stipulates that the heir to the throne should be male, an amendment to the constitution in 1974 allowed for a daughter of the royal line to ascend the throne if a successor has not been named.

Though King Vajiralongkorn is yet to formally designate an heir since becoming king in 2016, Princess Bajrakitiyabha is widely seen as the most plausible heir apparent to the throne due to her prestigious roles in her father’s inner circle.

But, there has been no official word on the future of the royal line or the prospect of the princess taking the throne.

Princess undergoes treatment and checks
Princess Bajrakitiyabha was treated at a local hospital in Nakhon Ratchasima province where she was attending the event for dogs. She then fell unconscious during the event.

Currently, she is being treated at Bangkok’s Chulalongkorn hospital, where she is undergoing treatment and checks on her condition, the palace said.

Princess plays important role in society
Bajrakitiyabha, known as “Princess Bha” in Thailand, is highly accomplished and has served as Thailand’s ambassador to Austria, Slovenia and Slovakia. She also advocates for penal reform and volunteers with female prisoners.

She holds a PhD in law from Cornell University, New York, and has worked with the United Nations.

She studied international relations for her undergraduate degree at a college in Thailand.

She has also worked as a prosecutor in the Thai judicial system, with a focus on countering major drug traffickers.