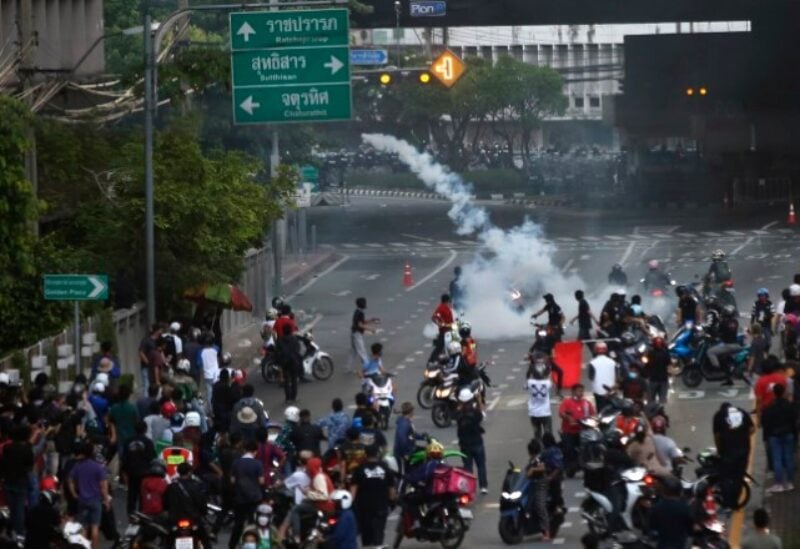 Thai authorities have detained at least 11 leaders of the country’s anti-government protest movement and deployed hundreds of police ahead of a planned demonstration on Tuesday involving a convoy of cars congregating in the center of Bangkok.

Thailand’s youth-led protest movement has seen a recent resurgence over anger about the government’s handling of the pandemic after demonstrations last year attracted hundreds of thousands of people before a crackdown by authorities.

The protesters have also broken traditional taboos by demanding reform of the monarchy, risking prosecution under a lese majeste law that make insulting or defaming the king, queen, heir and regent punishable by up to 15 years in prison.

Police have readied 750 officers to deal with the planned car protest on Tuesday and warned that all public gatherings were currently illegal under the COVID-19 emergency.

“Any gathering or protest that risk the spread of the disease is illegal under the emergency law,” Piya Tavichai, deputy head of the Bangkok police, told reporters.

Prominent protest leaders who had spent time in jail over previous demonstrations and been released on bail have gone back into custody in recent days.

Another protest leader, Parit “Penguin” Chiwarak, had his previous bail terms revoked and also surrendered to police, while human rights lawyer Arnon Nampa handed himself in over fresh protest-related charges including lese majeste for a speech he made during a protest on Aug 3.

“There has been no judgment in all these cases, so based on the law they are all still not guilty and therefore are entitled to bail,” Krisadang Nutcharat, their lawyer, told Reuters.

The protest movement has been regaining momentum amid growing public anger about Prime Minister Prayuth Chan-ocha’s handling of the country’s worst wave of COVID-19 infections and with the economy taking a new battering.