Thai protesters, police clash near military base in Bangkok 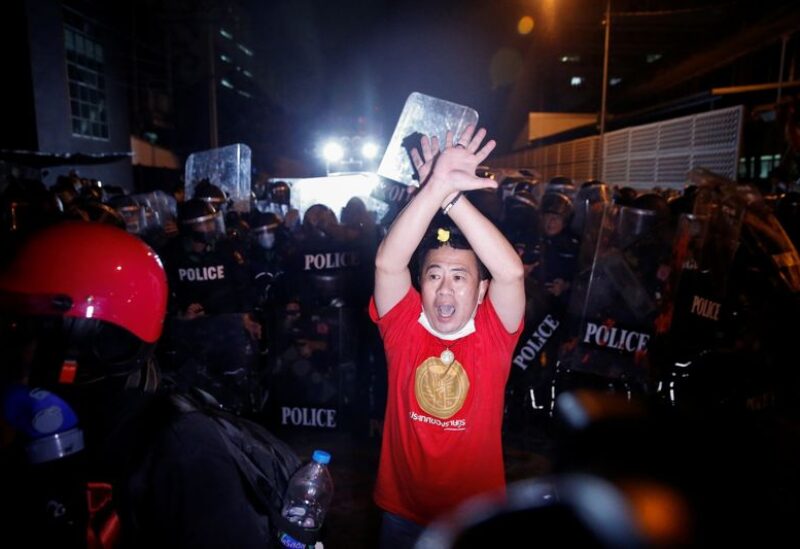 Thai police used tear gas and water cannon against demonstrators marching on a military base in Bangkok on Sunday to call for King Maha Vajiralongkorn to give up direct command of the army unit housed there.

Protesters threw bottles at police and marched right up to a barricade of shipping containers and barbed wire at the entrance to the base of the 1st Infantry Regiment in Bangkok, one of many army units that the government of Prime Minister Prayuth Chan-ocha transferred to the king’s control in 2019.

Last year, the Thai youth-led political movement rose up to demand the PM’s resignation and broke taboos by calling for reforms of the monarchy.

Demonstrators also expressed their support for anti-coup protesters in Myanmar, which has been in chaos since the army seized power and detained elected government leader Aung San Suu Kyi.

“Prayuth welcoming a Myanmar official from their military government to Thailand earlier this week also show that he is supporting the dictator there,” Chukiat Sangwong, a Thai protest leader told Reuters, referring to Prayuth

“This is not ok with the Myanmar people, so they have joined us here,” he added.

Public criticism of the king is illegal in Thailand, with insults to the monarchy punishable by nearly 15 years in jail under the country’s strict lese majeste law.

The Royal Palace has made no comment since demonstrations kicked off.