Thai protesters spar with police in march on PM’s residence 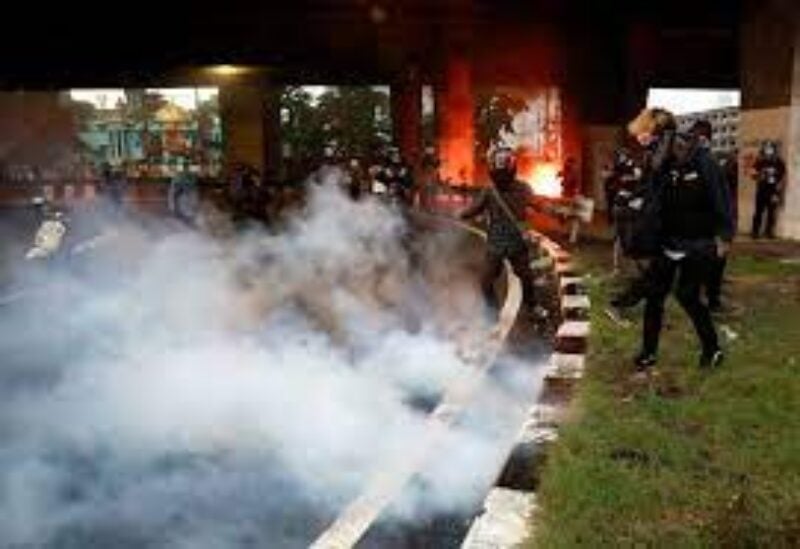 On Friday, Thai police fought with protesters after hundreds defied a ban on rallies in central Bangkok, attempting to march on the prime minister’s palace to demand his resignation over the country’s coronavirus problem.

In a third day of confrontation this week, police fired tear gas canisters and rubber bullets from an elevated highway in response to demonstrators who attempted to knock down containers that were being used as barriers.

Activists from the youth-led Thalufah group had vowed to protest peacefully after demonstrations this week also ended with police using tear gas and rubber bullets to disperse them, as they pressed for premier Prayuth Chan-ocha’s removal.

The demonstrators screamed, “Prayuth, get out!” as they marched from Bangkok’s Victory Monument in the afternoon.

They accuse Prayuth of mismanaging the COVID-19 problem, which saw fresh high-profile instances on Friday.

“People have died as a result of the government’s inadequate management of COVID-19. “We’re out here today to get rid of Prayuth,” activist Songpon “Yajai” remarked “At the commencement of the march, Sonthirak.

Authorities warned any form of protest breaches COVID-19 regulations and said that they were pressing charges in 300 cases against people involved in recent demonstrations.

“Those joining protests are at risk of infection and also breaching other laws as well,” he said.

Several core leaders remain in detention awaiting trial on charges of sedition and causing unrest, among other offences.