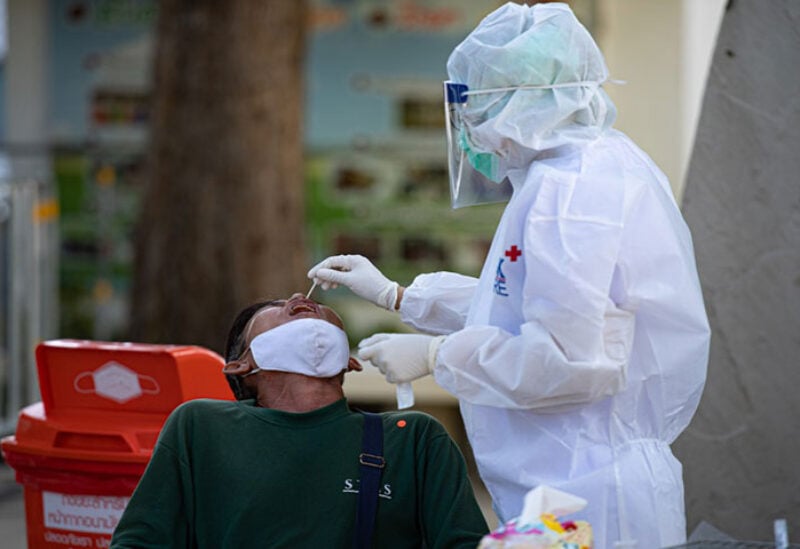 Thailand authorities said on Friday it has saw its first 15 domestically transmitted cases of the highly infectious COVID-19 variant first found in India.

The 15 cases included 12 construction workers at their camp in northern Bangkok, where about 1,100 of the 1,667 workers there tested positive for COVID-19.

Clusters have been detected in several of the 409 such camps around the capital, where city authorities say 62,169 workers live, about half of those migrant labour. It has also found big clusters in several of its prisons this month.

Thailand is fighting its most severe outbreak yet, with cases quadrupling and deaths increasing seven-fold since the start of April.

It contained its earlier outbreaks quickly and was preparing a calibrated reopening of its crucial tourism sector when the latest wave struck. Officials say it is still on course to reopen to vaccinated visitors starting in July.

The B.1.617.2 variant, which ravaged India, is believed by some experts to be even more transmissible than the B117 variant first detected in Britain, which is also present in Thailand.

The government has ordered checks on living conditions of workers in dormitories and has restricted movement between different camps, Taweesin Wisanuyothin, a spokesman for the government’s COVID-19 taskforce said.

Those infected are being treated in hospital, he said.

The discovery of the variant comes as Thailand’s prepares to start is mass-vaccination campaign next month.

It has far administered first doses of a coronavirus vaccine to 1.72 million recipients, mostly frontline workers or members of high-risk groups.