The Algerian Hirak … Internal disputes and a leadership crisis 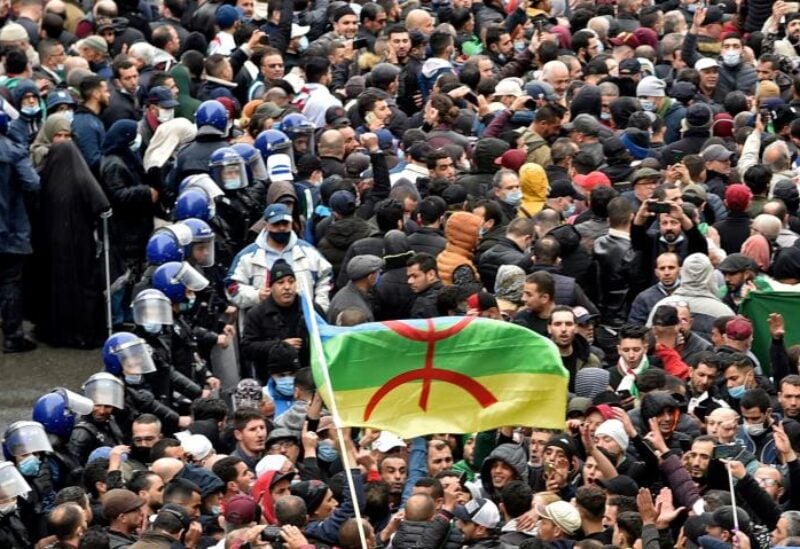 Many Algerian activists assert that the peaceful protest movement in the country, known as the Hirak, has not yet faded or faded away, but it is struggling to find new ways to achieve its goals and objectives, according to a lengthy report for The Africa Report .

The protest movement had witnessed a new start on February 16, the date of the second anniversary of the movement that led to the ouster of former President Abdelaziz Bouteflika, and it was expected that they would be just celebratory demonstrations of the anniversary, but it continued to renew the movement, which its activists believe that they have not yet achieved the goals they set. Before their sights.

The “Africa Report” stated that the state of discontent among the people increased after the campaign of arrests and repression carried out by the authorities on March 26, which resulted in dozens of arrests across the country, according to human rights organizations and bodies.

Despite the uncertainty that looms over the future of the protests two years after they began, Zaki Hanash, a young activist who fights for the release of political prisoners, believes that the popular movement will eventually be able to topple and change the existing political system, explaining: “The Hirak is a popular movement that seeks a fundamental reform of the system. I am not interested in anything other than that.”

From Hanash’s point of view, the controversy surrounding Rashad, an Islamic political movement accused of infiltrating the Hirak demonstrations, is not essential despite the accusations leveled against that movement of seeking to create a kind of divisions among the sects of the movement, especially between Islamists and secularists.

The young activist adds: “Everyone who opposes the current system is part of our revolution, and we cannot allow the political and ideological diversity that makes our movement strong to be a source of division that makes people compete for positions and spoils.”

For her part, Linda Nasser, a prominent protest activist, believes that the movement needs to “avoid falling into the trap of division that is in the interest of the regime only,” adding: “We have always had political and ideological differences, and the movement only brought them to the surface.”

The Hirak protesters had won their first battle, forcing Bouteflika to cancel his plans to run for a fifth term in office and resign on April 2, 2019. They were also able to maintain the peaceful nature of the protests in the long term.

However, the movement has not succeeded so far, according to political analysts, to find new ways to clarify their mission and goals, due to their lack of a hierarchical structure and the presence of agreed leaders.

In this regard, lawyer and activist Abdelaziz al-Mubaraki says: “Regarding the current political system, the question of who will lead Algeria has been resolved with the arrival of President Abdel Majid Tebboune to power, but the movement is still a movement without leadership.”

He continued: “From now on, you need to find a way to generate new ideas and open lines of communication and negotiation to institutionalize the movement and create leaderships that express its demands.”