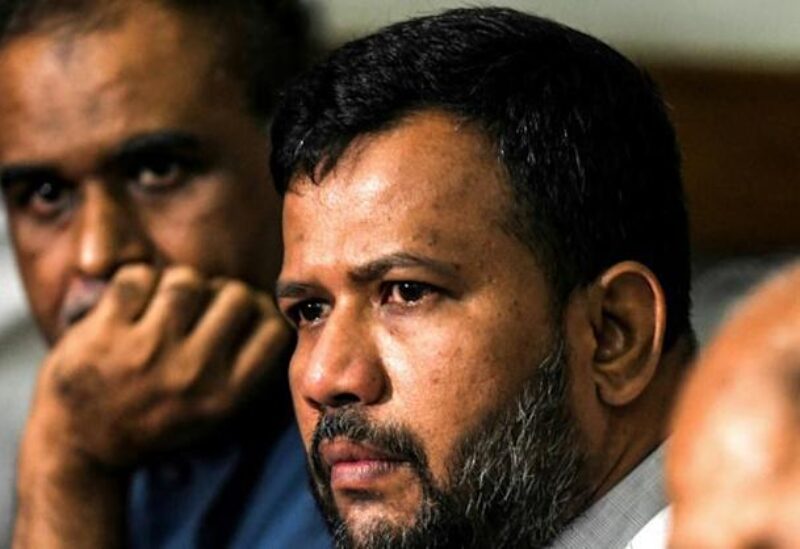 Rishad Bathiudeen, leader of the All Ceylon Makkal Party

Sri Lanka’s police arrested a top Muslim legislator Saturday in connection with the 2019 Easter Sunday attacks that killed 279 people, as pressure mounted to speed up the investigation.
Detectives took Rishad Bathiudeen, leader of the All Ceylon Makkal Party (ACMP) and a former minister, into custody under the Prevention of Terrorism Act (PTA), police spokesman Ajith Rohana said.
Bathiudeen and his brother Riyaaj were arrested in pre-dawn raids on their homes in Colombo.
“They were arrested under the PTA based on circumstantial and scientific evidence that they had connections with the suicide bombers who carried out the attacks,” Rohana said in a statement.
A lawyer representing the brothers said a presidential inquiry had found no evidence linking them to the bombers and the arrests were a political vendetta.
“The arrests are politically motivated,” lawyer Rushdhie Habeeb said in a statement, which highlighted how the ACMP had opposed President Gotabaya Rajapaksa in 2019 elections.
The arrests came three days after the head of Sri Lanka’s Roman Catholic Church, Cardinal Malcolm Ranjith, accused the government of allowing investigations to stall.
Nearly 200 people were arrested within days of the suicide attacks on hotels and churches by local Islamist extremists, but no one has been charged.
Ranjith, who led commemorations on the second anniversary of the Easter attacks on Wednesday, said he was “deeply saddened” by the lack of progress in the investigation.
He renewed his call for swift action against the perpetrators and said “political posturing and the need to safeguard alliances” was hindering the probe.
Bathiudeen’s party is a member of an opposition coalition, but three of his legislators defected to the government in October to amend the constitution and give Rajapaksa wider powers over the judiciary and legislature.