The first solar eclipse in 2021 will be tomorrow 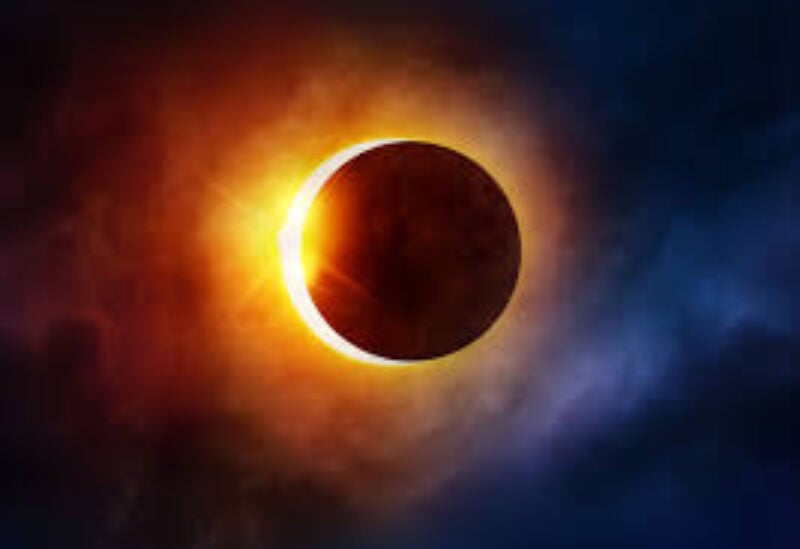 A solar eclipse occurs when the moon is aligned between the earth and the sun, completely or partially blocking the sun’s light.

Since the moon passed two days ago at its farthest point from the earth in its orbit around it, its apparent size appears relatively small so that it does not completely block the sun’s disk, so it will leave the outer edges of the sun visible from the earth as a luminous ring.

And according to NASA, only a few places – in parts of Canada, Greenland and northern Russia – will be able to see this fiery ring, also known as the annular eclipse, during which the moon will cover 89% of the sun’s disk.

At the same time, this eclipse will appear partially from large areas of the northern hemisphere, during which the sun’s disk appears “nibbled” in a circular motion by part of the moon’s disk.

These areas include parts of the eastern United States, most of Canada, Europe, northern and eastern Russia, and China. Morocco will be the only Arab country that will be able to follow the partial eclipse.

And the percentage of blocking the sun’s disk will vary according to regions. In the United Kingdom and Ireland, sky watchers will see up to 38% of the sun blocked during a partial eclipse, to 24% in Paris and less than 5% in the northeast of Morocco.

It is also possible to follow the eclipse directly on a number of specialized scientific websites, such as the Virtual Telescope website.

The entire annular solar eclipse lasts about 100 minutes, starting at sunrise in Ontario, Canada (9:30 UTC), before heading north until the eclipse reaches its climax, around 10:41 UTC in northern Greenland.

It ends with sunset in northeastern Siberia. The unique scene lasts about 3 minutes 51 seconds at each point along the path of the annular eclipse.

Although the bulk of the sun disk will be obscured by the moon during the annular eclipse, direct looking at the sun disk may cause severe damage to eyesight even with wearing sunglasses, so it is recommended to use special eclipse glasses or other astronomical tools designed to follow this astronomical phenomenon.

And if you miss watching the current solar eclipse, you still have another chance this year. A second solar eclipse is expected this year on December 4th.
This eclipse will be total, visible only from Antarctica, and will be partial when viewed from Namibia and South Africa.