The most extreme weather events and catastrophes of 2021 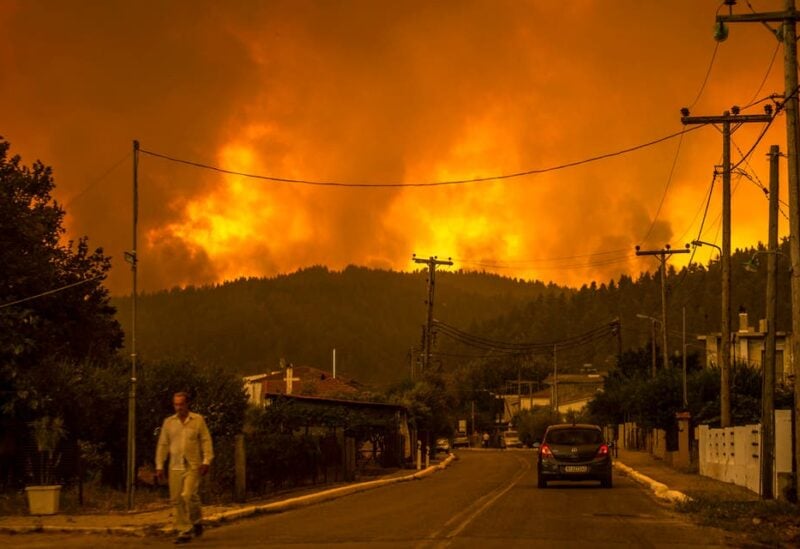 While the COVID-19 pandemic continues to be the biggest public crisis in living memory, 2021 has also been marred by another global catastrophe – extreme weather events.

From wildfires sweeping across Greece and Tunisia, flooding in Europe and landslides in Asia, extreme weather, that experts say is increasingly common due to global warming, has affected almost every corner of the globe in 2021 with far- deadly consequences.

Here are some of the most devastating environmental tragedies of 2021.

Suffocating heatwaves across the Pacific Northwest

The suffocating heat wave that killed hundreds of people across the Pacific Northwest in June would have been “virtually impossible” without climate change, according to scientists, adding that global warming had made such a heat wave in the region 150 times more likely.

The scientists estimated the extraordinary temperatures were a one-in-a-thousand-year event, though noted this was difficult to quantify given the unprecedented heat in early summer.

Greek Prime Minister Kyriakos Mitsotakis has described that the devastating wildfires that burned across the country for more than a week in August as the greatest ecological catastrophe Greece had seen in decades.

The fires broke out as the country roasted during the most intense and protracted heat wave experienced in around 30 years.

Hundreds of wildfires broke out across the country, stretching Greece’s firefighting capabilities to the limit and leading the government to appeal for help from abroad.

As of 11 August, 12 people have died in Greece, Turkey and Italy as a result of the huge wildfires that have ravaged large regions of southern Europe.

In the first weeks of 2021, Storm Filomena brought record-breaking levels of snow for Madrid and elderly Spanish citizens were warned to stay at home as temperatures plummeted.

The heaviest snow for 50 years brought transport in and out of the city to a “standstill,” Euronews reports. The snowstorm caused around €1.4bn of damage, The New York Times says.

Italian firefighters had battled more than 500 blazes in August due to an anticyclone dubbed Lucifer sweeping across the European country, sending temperatures soaring and causing what is believed to be a new European record of 48.8 degrees Celsius (119.8 Fahrenheit) in Sicily.

At least 171 people were killed in Germany when small rivers swelled quickly into raging torrents after persistent downpours, well over half of them in Ahrweiler county, near Bonn. Another 31 died in neighboring Belgium, bringing the death toll in both countries to 2021.

Victims will be supported by a government-approved €400 million recovery package, as ministers have promised to move quickly on rebuilding affected areas.

The period from 18 to 20 January 2021 was “one of the wettest three-day periods on record” for North Wales and North-West England, according to the Met Office.

Homes in Cheshire were flooded, and residents were evacuated from homes in Manchester and Merseyside. Once Storm Christoph cleared, significant snowfall also led to travel disruption with icy conditions and road closures. Liberal Democrat councilor Richard Kilpatrick told the Manchester Evening News the atmosphere was one of “anxiety and disbelief”.

Cyclone Ana “pummeled” Fiji towards the end of January, “just a month after category 5 Cyclone Yasa tore through the country’s northern islands,” The Guardian says. Satyendra Prasad, Fiji’s ambassador to the United Nations, said the cyclone – which caused more than 10,000 people to take refuge in 318 evacuation centers across the country – had left behind “a difficult recovery”.

The Week US reported that 3.5 million businesses and homes were left without power in February as temperatures dropped to -13℃ in some areas of Texas. Power went out across the state, leaving many vulnerable people in extremely cold conditions.

The total death toll rose from 151 to 210 in July, after a decision was made to include deaths caused by the collapse of the state electric power grid in the final count, The Guardian reported.

In April 160 people died in Indonesia after a tropical cyclone hit a remote cluster of islands. Landslides and flash floods displaced at least 22,000 people.

Torrential rains from Tropical Cyclone Seroja, one of the most destructive storms to hit the region in years, turned small communities into wastelands of mud, uprooted trees and sent around 10,000 people fleeing to shelters.

The storm swept buildings in some villages down a mountainside and to the shore of the ocean on Indonesia’s Lembata island, where several small communities have been wiped off the map.

In July, floods in central China last month left at least 302 with dozens of people still missing, officials said, after record downpours dumped a year’s worth of rain on a city in just three days.

Zhengzhou, the capital of Henan province and the epicenter of the record flooding, was hardest hit with 292 people dead and 47 missing, according to a provincial government press briefing, as residents were trapped in subway trains, underground car parks, and tunnels.

Images of passengers inundated by shoulder-height water went viral on Chinese social media on Line 5 of the city subway where 14 people died, while dozens of cars in a tunnel were tossed aside by the deluge, many with passengers still inside.