The Observatory: 23 members of Syrian regime forces killed by ISIS 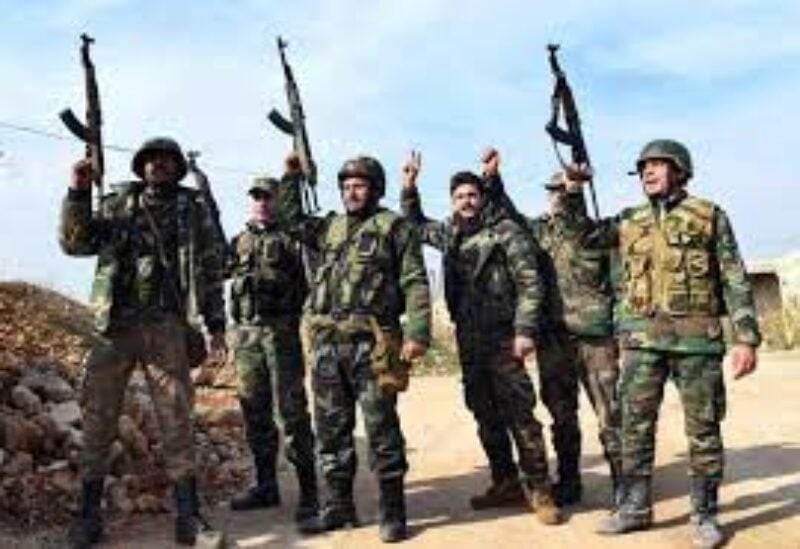 The Syrian Observatory for Human Rights announced on Saturday, that at least 23 members of the Syrian regime forces were killed by ISIS in the east of the country, within a period not exceeding 48 hours.

The observatory stated that the dead of the Syrian regime had fallen in different places in the eastern Badia of Homs, passing through the Hama desert and Deir El-Zour, all the way to Raqqa desert.

The observatory stated that among the dead was an officer in the Iranian Revolutionary Guard and his companion, of Iranian nationality, after they were targeted with machine guns while they were passing on the road Palmyra – Deir EL-Zour in central Syria.

It said that it had documented today, Saturday, the killing of 3 members of the government forces after the explosion of a mine planted by ISIS in the Wadi Abyad area in the Badia of Sukhna, east of Homs, which resulted in the killing of two other members as well.

Also, 7 members of the Syrian regime forces and militiamen loyal to them, including an officer with the rank of brigadier, were killed in a surprise attack by ISIS members in the Sukhna desert, located in the far eastern countryside of Homs.

Thus, the death toll of human losses during the period from March 24, 2019 until now, has reached 1,458 dead among the regime forces and militiamen loyal to them of Syrian and non-Syrian nationalities, including at least two Russians, in addition to the killing of 152 militias loyal to Iran of non-Syrian nationalities. According to the statistics of the observatory.