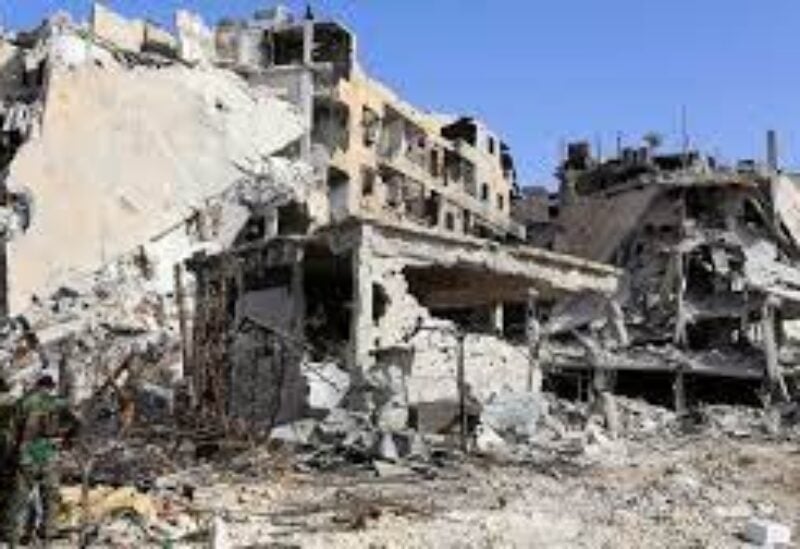 Today, Sunday, the Syrian Observatory for Human Rights accused the Syrian regime forces of committing a massacre   after the bombing of Al-Atareb Hospital (west of Aleppo), which resulted in at least 5 deaths, including a child and a staff member.

The observatory said that “the regime forces stationed in the 46th regiment launched more than 6 rockets at the hospital, which is located in a cave in Al-Atareb in the western countryside of Aleppo.”

He pointed out that the death toll “is expected to rise due to the presence of more than 11 wounded, some of them in serious cases,” adding that “the wounded are cadres and workers in the hospital in addition to civilians, including the director of the Free Aleppo Health Center.

In turn, the director of the observatory, Rami Abdel-Rahman, told “AFP”, “The bombing hit the courtyard and the entrance to the city hospital, which is located inside a cave.”

The agency reported material damage at the entrance to the hospital, and a shell penetrated the room

The Headquarters for the Liberation of Al-Sham and less influential fighting factions control about half of the Idlib area and the limited areas adjacent to it from the governorates of Aleppo, Hama and Latakia. There are about three million people living in this region, half of them are displaced people.

Hospitals have always been the target of bombing, especially during the successive attacks launched by the regime forces with Russian support. To protect medical facilities, several hospitals have been set up in caves or underground shelters.

The World Health Organization counted 337 attacks on medical facilities in northwest Syria between 2016 and 2019. According to AL Hurra