The U.S. family who lay low during Russian occupation 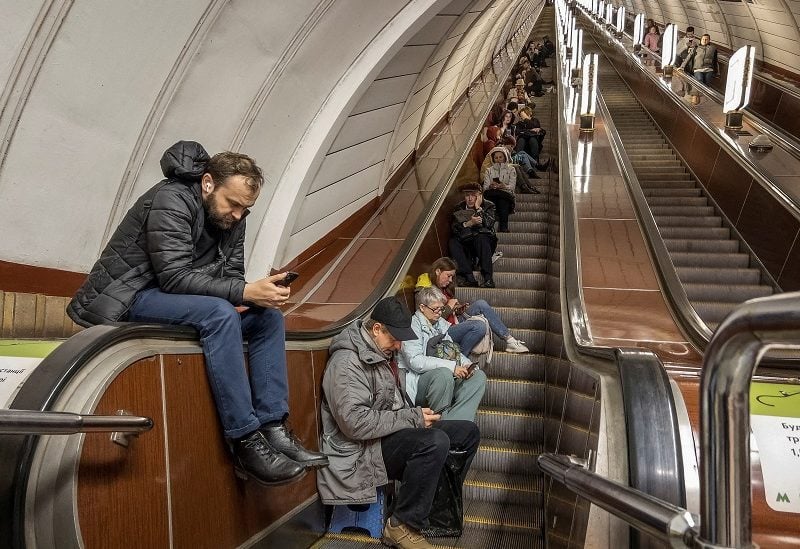 The American missionaries tried to avoid the Russian soldiers and police patrolling Kherson, Ukraine, for eight months by staying in their neighborhood’s peripheral area and hiding when they believed they would be detected.

“We were close to the city limits. Russians weren’t in great numbers there, “Thrilled Ukrainians were celebrating Moscow’s retreat across the Dnipro River on Sunday, according to William Hunsucker, 46, of Charlotte, North Carolina, as he watched with his wife and two children.

The worst part of the occupation for the family, recalled his wife, Phyllis, 46, were the clashes that raged as the Russians drove out Ukrainian forces and overran the only provincial capital that they seized in the full-scale invasion launched in February.

“The scariest was the first few days when they were actively fighting,” she said. “We had a root cellar and we had electricity. So, we hung out there for a couple of days.”

The Hunsuckers are Christian missionaries who moved to Kherson in 2013 to work with a Ukrainian church-based organization helping local orphanages.

They had lived in Russia for seven years and speak fluent Russian. But in 2008 they were forced to move back to the United States after the Russian government ordered Phyllis to leave after accusing her of being a foreign agent, the family said.

The Hunsuckers considered joining evacuations of residents from Kherson after the occupation. But they decided against it because they would have had to pass through Russian checkpoints where they could be identified and their expulsion from Russia possibly discovered, they said.

“We couldn’t risk being evacuated,” said William, adding that he believed the FSB, the domestic Russian security service that sent officers into the regions of Ukraine which Moscow overran, still has the family in its files.

The couple said they knew of two other Americans who were living in the city when Russian forces took control, one of whom was discovered and held captive by the Russians for 40 days.

While the family did its best to avoid detection, Russian military police one day stopped their son who was rolling two bicycles down a street because they thought he had stolen one of them, said William.

“They asked, ‘What are you doing? Where are you going?'” he recounted, adding that the Russians let his son go after he gave them the family’s address, an act that could have led to the Russians to their front door.

“As soon as he got to an internet signal, he called us and we met at a church. A friend found an empty house, where we lived for a month,” William said. “We were super-paranoid. That was our closest call.”

“Russian soldiers would stand behind me in stores. You’d just take your stuff, lower your head and leave … That happened a couple of times,” he added. “Keeping my head down worked. And lots of prayers, I suppose.”

His 15-year-old daughter, Asya, said she was happy the occupation was over. “I hope I can see my friends because all of my friends were evacuated.”