This Country Could Be Wiped Off the Map by Climate Change 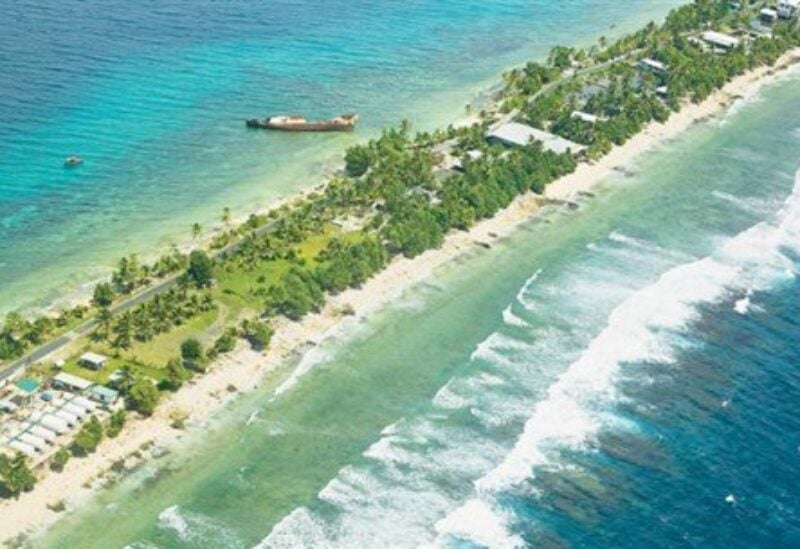 The South Pacific country of Tuvalu could be wiped off the map within a few hundred years, according to a new climate report.

The deep dive into the effects and future of global warming was published by the United Nations Intergovernmental Panel on Climate Change on 9 August, ahead of the COP26 conference due to be held in Glasgow in October.

It showed that Australia has already warmed by 1.4C, and predicted that global temperatures could rise by 1.8C by 2040 and by 3.5C by the end of the century.

As Tuvalu – spread across a trio of reef islands midway between Australia and Hawaii – has a highest point of just 4.5 metres above sea level, fears have increased that the country will eventually be swallowed up by rising sea levels.

Other archipelagos lying close to sea level, such as the Solomon and Marshall Islands, are also at risk of being engulfed.

The United Nations has estimated that as many as 350,000 people living in low-lying atolls will need to be relocated abroad if rising seas render their homelands uninhabitable.

“It sounds harsh, but it’s really hard to imagine some of these low lying places still existing,” Australian climate scientist Shayne McGregor told news.com.au in response to the report.

“The highest point above sea level in Tuvalu may be 4.6 metres but the general height from sea level is something like 1.2 metres, which is very low, and they don’t have a lot of defences,” he said.

Following the report, Nasa launched a new online tool enabling viewers to see how sea levels are predicted to rise in their area over the coming decades.