Thousands march in London to show solidarity with people of Palestine 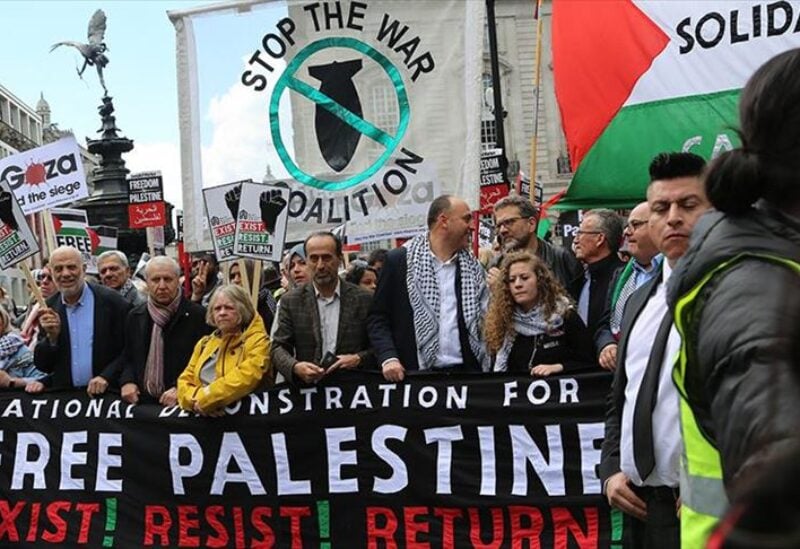 Thousands of demonstrators have marched through Hyde Park in Central London to show solidarity with the Palestinian people amid the escalating hostilities with Israel, the Mail reported on Saturday.

Organizers say “immediate action” is needed by the British government to help end the “brutal” violence against the people of Palestine.

Protesters arrived, at midday on Saturday, at Hyde Park near Marble Arch to march to the Israeli embassy, brandishing banners and chanting.

Former Labor leader Jeremy Corbyn, Zarah Sultana and Diane Abbott are among those expected to address the crowds. The move comes as thousands of Palestinians have been forced to flee from their homes after a week of conflict with Israel.

The protest in London was organised by Friends of Al-Aqsa, Stop The War Coalition, Palestine Solidarity Campaign, Palestinian Forum in Britain, the Muslim Association of Britain and the Campaign for Nuclear Disarmament.

“It is vital that the UK Government takes immediate action. It must stop allowing Israel’s brutal violence against and oppression of the Palestinian people to go unpunished,” a spokesperson for the organizers said.

“The bombardment of Gaza which is killing civilians including children is a war crime. The UK government is complicit in these acts as long as it continues to offer Israel military, diplomatic and financial support.”