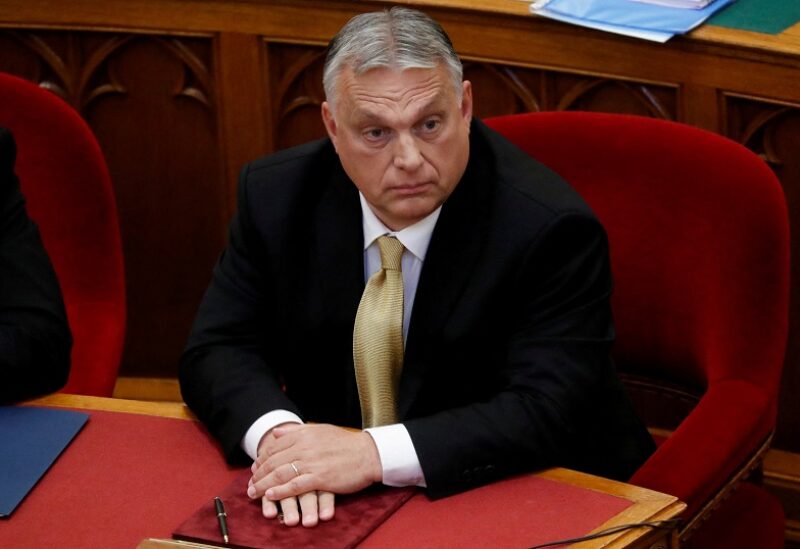 As inflation rate is at its worst level in two decades, thousands of Hungarians on Saturday (July 16), protested against Prime Minister Viktor Orban’s government this week since his right-wing Fidesz party enacted legislation dramatically hiking taxes on small businesses. The forint is at record lows, and European Union funding is in limbo due to a dispute over democratic principles, posing the hardest challenge nationalist Orban has faced since sweeping into power in 2010. Peter Marki-Zay, the mayor of a small town and Orban’s independent opponent, organised the gathering after his opposition alliance was defeated in parliamentary elections in April, Reuters reported.
A 70-year-old demonstrator said, “I have an acquaintance who only heats with electricity. His monthly power bill has been 30,000 forints ($75) so far, which is not a lot, but from now on he will be paying 153,000.” He further added that the small-scale protests were hard to persuade the administration.
Despite objections from some business groups and opposition parties, the blockade of a bridge in Budapest on Tuesday, it didn’t prevent the government from approving a resolution from approving to raise the tax rate for hundreds of thousands of small businesses.
In response to a spike in power and gas costs brought on by the conflict in Ukraine, Orban’s administration reduced a restriction on utility bills for homes with higher utility usage. This was a reversal of the 59-year-old premier’s measures in recent years.
Inflation rose to 11.7 per cent year-over-year in June, which pushed the central bank into its sharpest rate-tightening cycle since the fall of the communist government, despite the Orban restricting the cost of fuel and other staple items. The forint is also approaching historic lows against the euro despite this, adding to the inflationary pressures.