Thousands of Indians return to UAE before midnight flight suspension 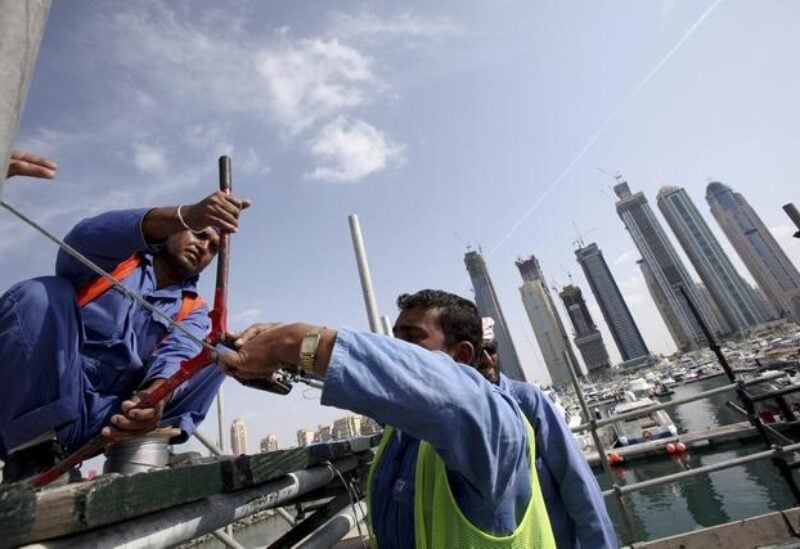 Thousands of Indians returned to the UAE this weekend before flights to the Emirates are suspended from midnight on Saturday.

People who travelled to meet relatives, on business or vacation have snapped up tickets, often paying more than Dh4,000 ($1,088) – six times the usual cost of a one-way fare.

UAE authorities have said the decision covers all incoming flights from India for 10 days on national and overseas airlines.

This follows a worsening Covid-19 situation in India.

Some categories are exempt, including UAE citizens and diplomats, who are permitted to return as long as they adhere to quarantine and testing rules.

Godly Babukutty, an agent at Epic Travel in Dubai, said his team had handled more than 300 passengers who booked to return on Saturday on flights with airlines including Air India Express, SpiceJet and IndiGo from southern India.

“All airlines have put on extra flights because the requests have shot up,” he said.

A one-way ticket that usually costs Dh600 to Dh800 has soared to Dh4,400 from Mumbai to Dubai on some airlines.

“We have charged Dh1,700. These special flights go back empty, so the charges have increased.

“People are willing to pay because it’s an emergency. They are worried they will lose their job if this lasts longer than 10 days,” said Mr Babukutty.

“There are also women and children coming back to be with their family.”

Dubai resident Kumari cut short a visit to north India for a niece’s wedding  when she heard the news.

“It was a limited celebration of 50 people that starts on Sunday, but I decided to get the first flight back to Dubai.

“It’s not worth it to lose my job over this,” she said, declining to give a surname.

Several states, including Delhi and Maharashtra, have enforced strict stay home restrictions to stem the spread of coronavirus cases. But smaller cities continue to allow gatherings of up to 500 people.

India’s total number of cases has crossed 16 million, the world’s second highest total after the US.

Several UAE residents said they were unable to get PCR test reports in time to make the Saturday deadline.

Dr Rahul Gupta, an anaesthetist, who is visiting relatives in Agra, in north India, has informed the Dubai hospital he works in about the delay.

“I have a ticket but no test so I cannot board the flight. We came to visit my mother-in-law who is unwell but now I’m tense about how to get back to the UAE.

“Labs in this city do not have the code that the UAE requires.”

The India flight ban was announced on Thursday, days after Dubai updated PCR testing rules requiring a negative test result no more than 48 hours instead of 72 hours before travel.

Results must be from an accredited laboratory that issues results carrying a QR code.