Thousands of nurses go on strike in New Zealand 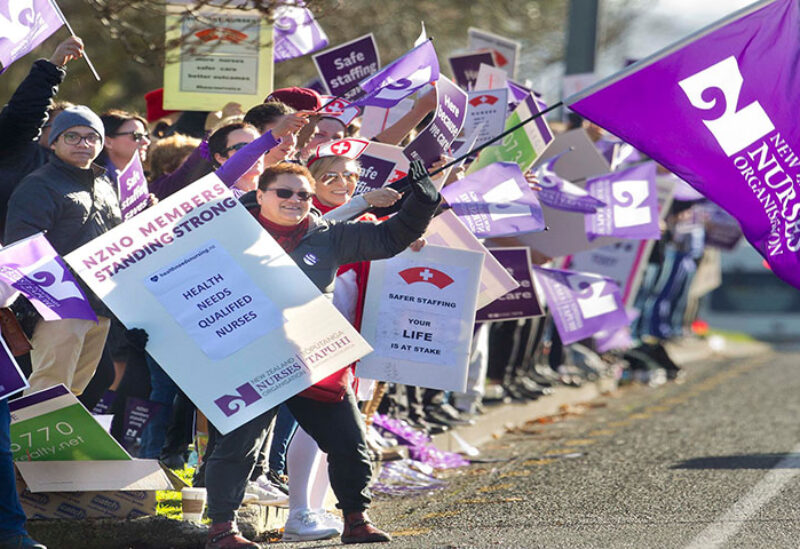 About 30,000 nurses in New Zealand went on a nationwide strike and left off their jobs on Wednesday after talks with the government for better pay and working conditions failed.

The strike action came after the New Zealand Nurses Organization (NZNO) rejected a 1.4 percent pay raise proposed by the District Health Board earlier this week. The government says the nurses’ demands amounted to a 17 percent increase that it can’t afford, but pledged to continue negotiations.

The protest comes as Prime Minister Jacinda Ardern faces criticism for not doing enough to address rising inequality, despite the economy rebounded back from the COVID-19 pandemic more swiftly than expected.

Thousands of nurses marched on the streets holding placards, while others gathered at parks and outside hospitals around the country. All non-urgent surgeries and outpatient clinics were cancelled.

“Nurses are the glue who hold care services together,” Dr Julian Vyas, president of Association of Salaried Medical Specialists said, according to online news portal Newshub.

“If they are on strike, you can be sure there’s a big problem which needs to be fixed,” he added.

Current pay rates do not appeal people into the profession or retain the people, and staffing levels have stretched them to breaking point, putting them and their patients at risk, NZNO has said in a statement.

“We stood during the pandemic. The nurses were on that front line and have put their lives at risk, and that of their families. And this is the thanks that we are given,” Diane McCulloch, Clinical Nurse Specialist told Newshub.