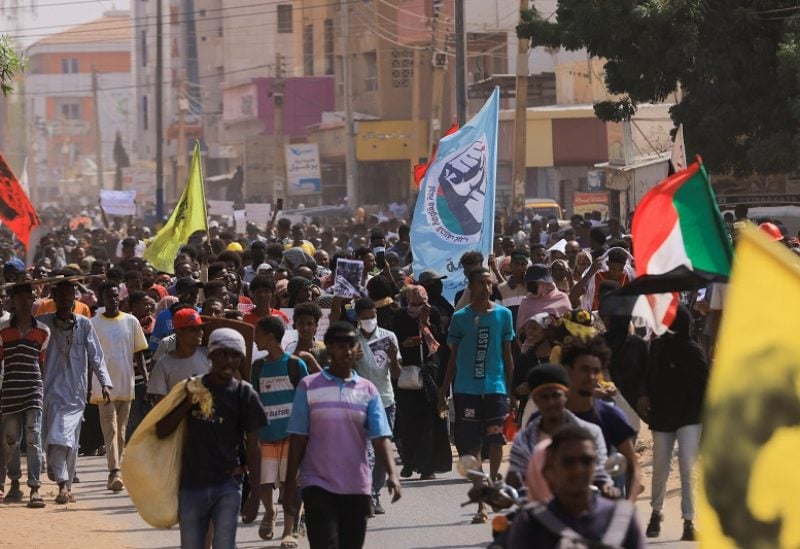 Calling for the restoration of civilian rule, thousands of Sudanese took to the streets of the capital Khartoum on Sunday.

Protesters raised slogans demanding civilian rule amid chants against the military and an imminent agreement between the army and the opposition Forces for Freedom and Change (FFC) coalition, according to an Anadolu Agency reporter.

Security forces used fire and tear gas canisters to disperse protesters as they approached the presidential palace in downtown Khartoum.

Local medics said that more than 100 people were injured in the protests.

Sudan has been in turmoil since last year when the military dismissed Prime Minister Abdalla Hamdok’s transitional government, a move decried by political forces as a “military coup.”

At least 100 people have since been killed in protests against the military since October, according to Sudanese medics.

Sudan’s ruling military and the FFC coalition have been undergoing talks under the auspices of the United Nations Integrated Transition Mission in Sudan to reach an agreement to resolve the country’s months-long political crisis.

The QUAD mechanism, which includes the US, UK, Saudi Arabia, and the United Arab Emirates, is also pressuring Sudan’s rivals to reach a political deal to bring the country back to transition.