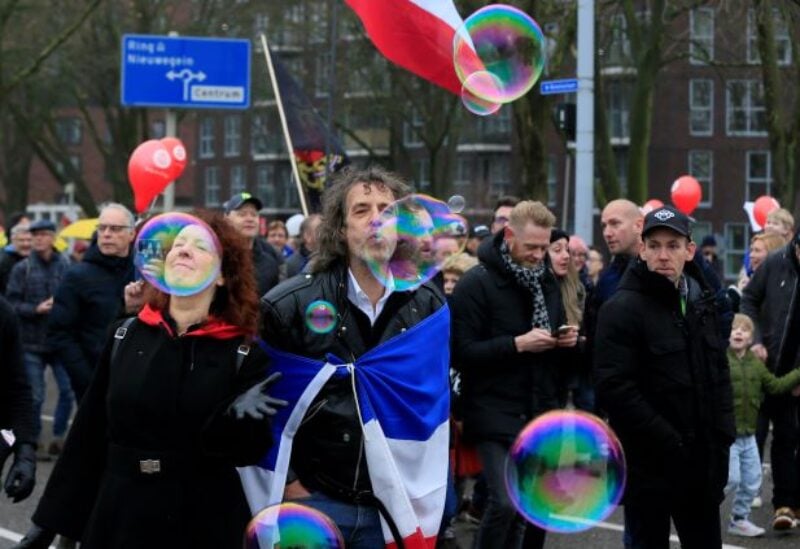 It is the first significant protest in the Netherlands against the measures, which include closing pubs, restaurants, and most retailers at night in order to stem a record-breaking flow of COVID-19 cases that is threatening to overwhelm the country’s hospital system.

The Netherlands saw violent protests two weeks ago after the government announced plans to ban most people who have not been vaccinated from public places. Those plans face widespread opposition in parliament, including from parties in the governing coalition and have not been put into place yet.