Thousands rally in Armenia after PM warns of coup attempt 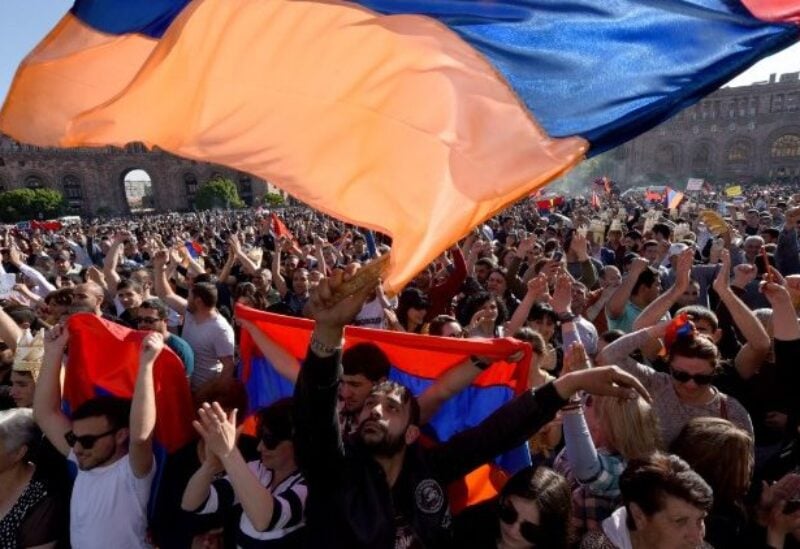 Armenian Prime Minister Nikol Pashinyan warned on Thursday of an attempted military coup against him, and thousands took to the streets of the capital to support him after the army demanded he and his cabinet resign.

Russia, an ally of Armenia which has a military base in the country, said it was alarmed by events in the former Soviet republic, and flagged the need to resolve the situation peacefully and within the constitution.

The 45-year-old PM has faced calls to step down since November after what critics said was his disastrous handling of a 6-week conflict between Azerbaijan and ethnic Armenian forces over the Nagorno-Karabakh enclave and surrounding regions.

Ethnic Armenian forces ceded swathes of territory to Azerbaijan in the fighting and Russia, which worries about instability in Armenia, has deployed peacekeepers to the enclave, which is internationally recognized as part of Azerbaijan but populated by ethnic Armenians.

Pashinyan, a former journalist who swept to power in a peaceful revolution in May 2018, has rejected calls to quit despite opposition demonstrations. He says he assumes responsibility for what happened but now needs to ensure his country’s security.

On Thursday, the army added its voice to those calling for him to resign.

“The ineffective management of the current authorities and the serious mistakes in foreign policy have put the country on the verge of collapse,” the army said in a statement.

It denounced Pashinyan’s sacking of the first deputy head of the army’s general staff, a move it depicted as irresponsible, groundless and detrimental to the state.

It was unclear whether the army was willing to use force to back its statement, in which it called for the Prime Minister to step down.

Pashinyan responded by calling on his followers to rally in the center of the capital, Yerevan, to support him and took to Facebook to address the nation in a livestream.

“The most important problem now is to keep the power in the hands of the people, because I consider what is happening to be a military coup,” he said.

Pashinyan then appeared with his wife, son and daughter outside the main government building where several thousand of his supporters had gathered. He said it was vital to avoid confrontation despite the escalating tension.

“The danger of the coup is manageable,” he said. “We don’t have enemies inside Armenia. We have only brothers and sisters.”