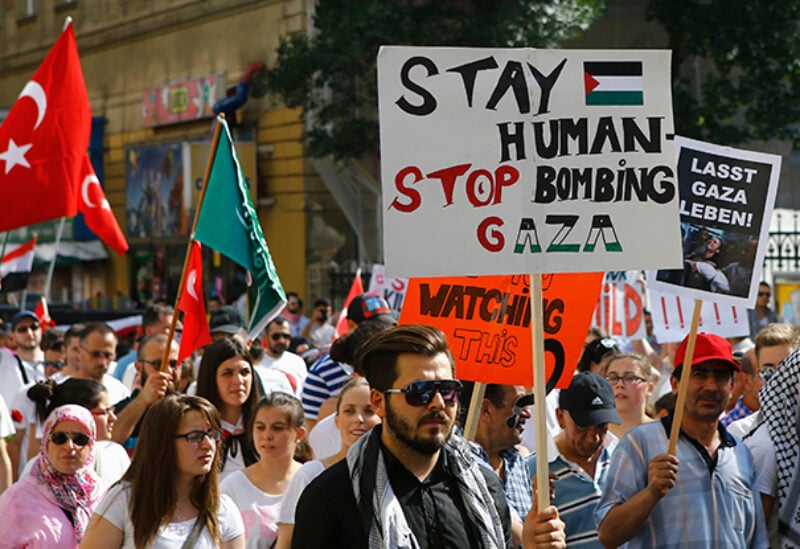 Up to 3,000 people take to the streets in Vienna following the recent escalation of Israeli violence against Palestinians.

Demonstrators are expressing solidarity with their brothers and sisters in Palestine. They say they’re condemning the excessive use of force by Israel against Palestinians in the Gaza Strip and the occupied West Bank. Enough is enough, they say.

The Palestinian Solidarity Movement of Austria called on the government to put pressure on Israel to stop the atrocities. Activists called for a global movement to boycott Israel as an apartheid regime.

Palestinian demonstrators said the world should recognize their right to return to their homeland. The message from demonstrators here was that governments cannot be trusted to help, so public pressure is the only way forward.