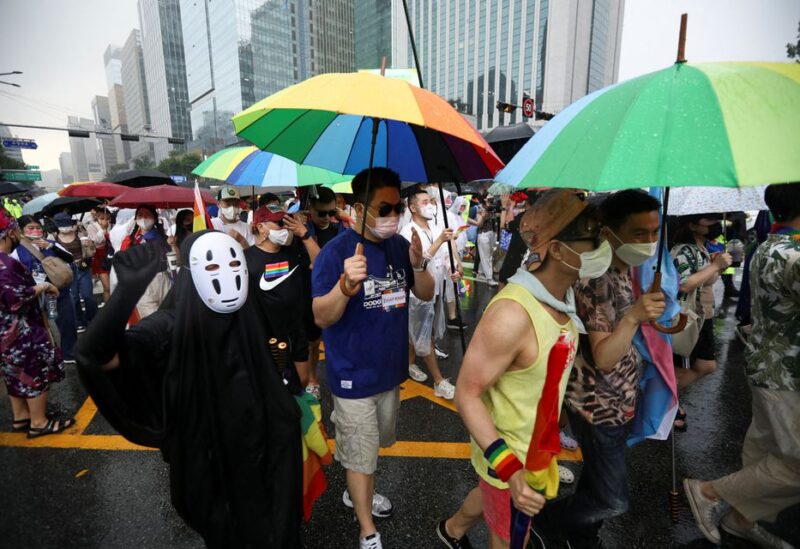 Thousands of South Koreans attended an LGBT festival in downtown Seoul as Christian and conservative organizations protested across the street.

According to Yonhap, the Seoul Queer Culture Festival had drawn over 13,000 participants as of 3 p.m. local time.

“I’m glad we can have an offline festival after a long time. LGBT people are not hateful people who appear one day out of the year but people who live their daily lives just the same,” said Hurricane Kimchi, a drag queen who attended the festival.

“The Queer Festival has gotten bigger, and many LGBT people show up without hiding, because the perception in our society is getting better.”

The U.S. ambassador to South Korea, Philip Goldberg, attended the festival to show his support.

“To express the strong commitment of the United States to ending discrimination wherever it occurs and ensuring that everyone is treated with respect and humanity, we simply cannot leave any of you behind,” Goldberg told the crowd.

“We’re going to fight with you for equality and human rights.”

Across the road from the festival, taking place in Seoul Plaza in front of City Hall, the protest rally had at least 15,000 participants, according to the Yonhap news agency.

“We are protesting and holding a national convention for the healthy sexual ethics of our children, and we are rallying together to call for the proper operation of Seoul Plaza, which is run with citizens’ taxes,” said Lee Yong-hee, a university professor and participant in the protest rally.

Police were at the site to guard against possible clashes.